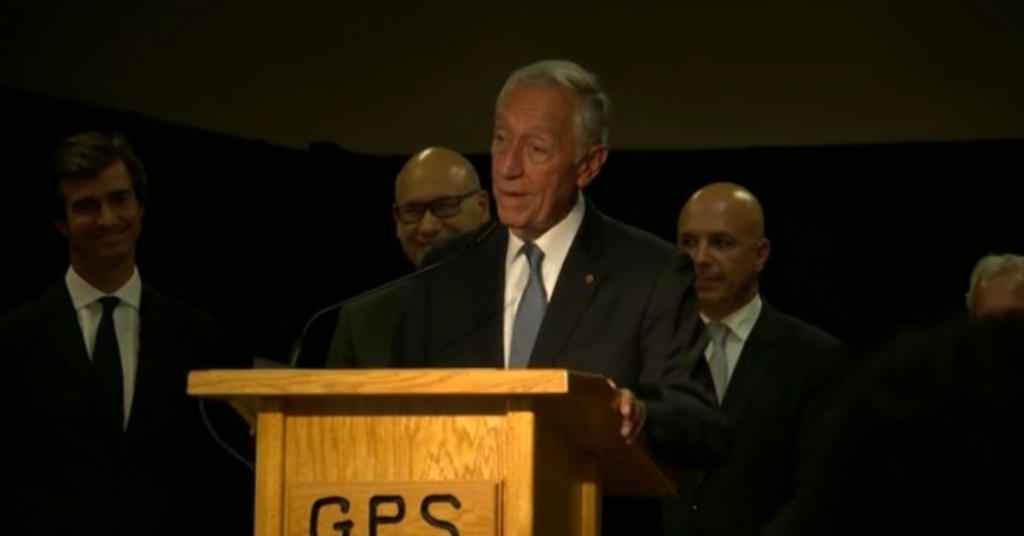 Portugal President Marcelo Rebelo de Sousa visited the small Merced County city of Gustine on Sunday as part of a tour through the United States visiting hamlets brimming with Portuguese-Americans.

Located on the west side of the Central Valley, Gustine is home to many who trace their roots to Portugal.

Gustine also hosts the nation’s largest annual Portuguese festival, the Our Lady of Miracles Celebration, which started in 1936.

“No other Portuguese president has been here,” Rebelo de Sousa told McClatchy. “So many Portuguese have been working here. I had to come.”

“This will go down in history. You can believe it,” Nagy said at the ceremony. “You will forever be welcome here, and you will be in our hearts.”

After receiving the key, Rebelo de Sousa joked, “Now I feel like a citizen. I don’t know if you thought about it before offering it… I feel good here. I may be back several times.”

After stopping by Gustine, Rebelo de Sousa was scheduled to visit Stanford University on Monday for a panel discussion on renewable energy called “Sustainable Solutions for Portugal and California.”

Come Tuesday, Rebelo de Sousa will head to San Francisco to throw out the first pitch at Oracle Park as the San Francisco Giants take on the Colorado Rockies. The Giants will be celebrating Portuguese Heritage Night.