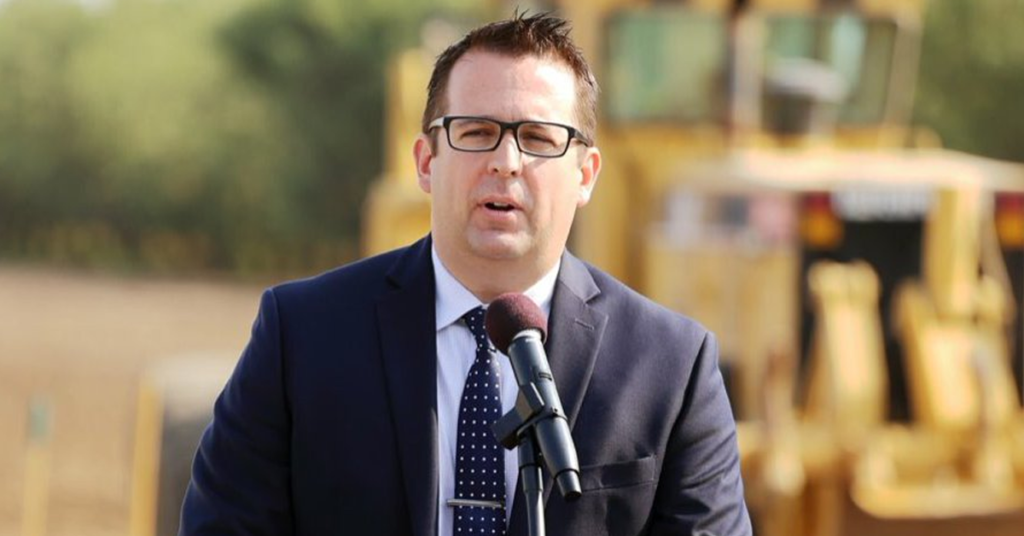 Merced Mayor Mike Murphy is thinking long and hard about taking a stab at one of the toughest feats in Valley politics: unseating an long-tenured incumbent member of the House of Representatives.

He’s also thinking about making an even more unusual move: eschewing his long-held Republican registration and running as an independent.

In recent days, Murphy has been mulling a challenge to Rep. Jim Costa (D–Fresno) in a year when the long-time Congressman is seeing challengers from all corners and among all stripes.

A Merced native who graduated from Brigham Young University and Georgetown Law, Murphy has served as the city’s Mayor for three years. and served a five-year stint as a City Councilmember before that.

In an interview with The Sun on Wednesday, Murphy reflected on being among a crop of local elected officials that navigated municipal belt-tightening during the Great Recession.

“We were really making the hard choices about how we were going to survive financially,” Murphy said in an interview Wednesday. “Now, we’re reaping the benefits and capitalizing on our strengths, starting with the presence and growth of UC Merced and private sector that we’ve seen been able to attract to our downtown.”

As for his potential candidacy, Murphy notes running as an independent would be unorthodox. But, he argues, it’s a reflection of the district as it stands today.

“We here in the Central Valley have our own set of values,” he said. “There are a lot of areas where we agree across partisan lines.”

Meanwhile, he notes, more than one-third of voters in the 16th Congressional District, which spans Merced, Madera, and parts of Fresno County, are not registered with any political party.

Just like Costa’s other high-profile challenger, Fresno City Councilwoman Esmeralda Soria, Murphy said a new voice in Washington may be in order.

After all, Costa’s political career runs one year longer than Murphy’s been alive.

“If we keep electing the same people, we’re going to keep getting the same results,” Murphy said. “If people are happy with that, then that’s fine. But if people want change, then there should be an opportunity for the voters to take that direction as well.”

With the dust settling on a Democratic Party endorsement spat between Soria and Costa, Murphy said he wouldn’t run a campaign centered on attacking Costa.

“If I decide to run, it’s not going to be the campaign that attacks Jim,” he said. “I think there are enough things for me to talk about and bring forward in a positive way about the direction we can head in without having to run a negative campaign.”

A Murphy run could pose some new headaches for Costa in 2020.

Since moving into the 16th Congressional District in 2012, every single one of Costa’s opponents resided in Fresno County. Due to the heavy Democratic turnout in Fresno County and heavy Republican turnout in Madera County, nearly all of Costa’s challengers exerted considerable effort to winning over voters in Merced County.

Only one challenger – Johnny Tacherra – won Merced County during that span, capturing a nine-point lead over Costa during their razor-thin 2014 contest.

Murphy’s favorite son status may allow him to replicate Tacherra’s success even in a Presidential election year.

For now, though, it’s all speculative. Murphy said Wednesday that a final decision on taking the plunge to challenge Costa is still a few weeks away.

Should he decide to run, he would join Soria, Fresno Republican Kevin Cookingham, and Merced Democrat Kim Williams in taking on Costa.