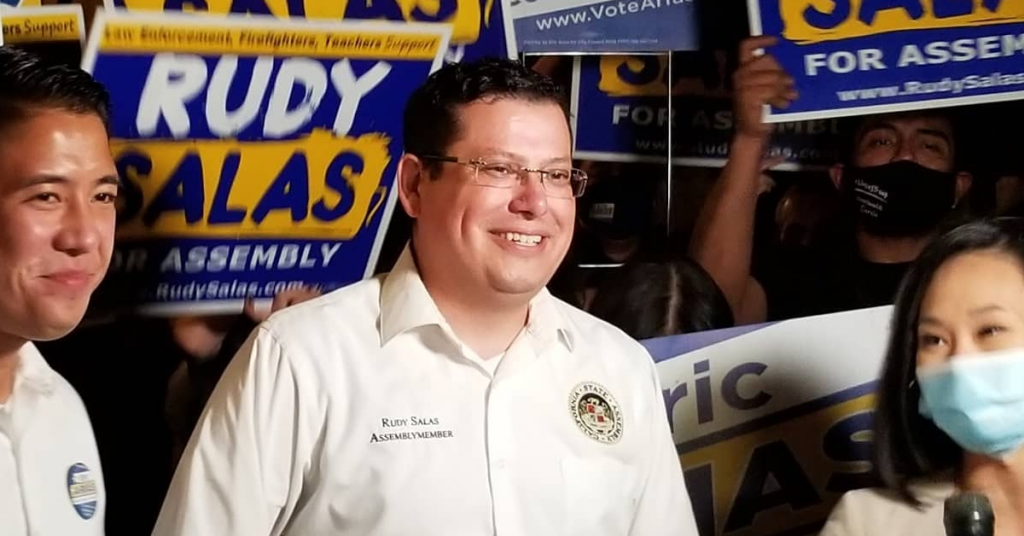 Asm. Rudy Salas (D–Bakersfield) will announce his candidacy for Congress in the south Valley on Monday, confirming the launch of a long-rumored campaign to oust Rep. David Valadao (R–Hanford).

Salas, a Moderate Democratic legislator who has long been a blue-chip option sitting atop the recruitment list of the Democratic Congressional Campaign Committee, joins a growing field of Democrats and Republicans running against Valadao.

The Sun first reported that Salas would run in the 2022 primary, foregoing a re-election bid to Assembly, in August.

Shortly thereafter, Kern County Supervisor Leticia Perez announced she would jump in the race to replace Salas in the lower chamber of the California State Legislature.

New district lines for the current 21st Congressional District, anchored in Kings County combined with wide swaths of Kern County and the southern and western portions of Fresno County, are still pending with the California Redistricting Commission.

Early map scenarios released by the Commission suggest an inclination to keep the district roughly the same.

A finalized California Congressional map, which will be used 2022 through 2032, will be delivered before the end of 2021.

The author of this article was employed by Valadao during the Representative’s prior tenure in the House.