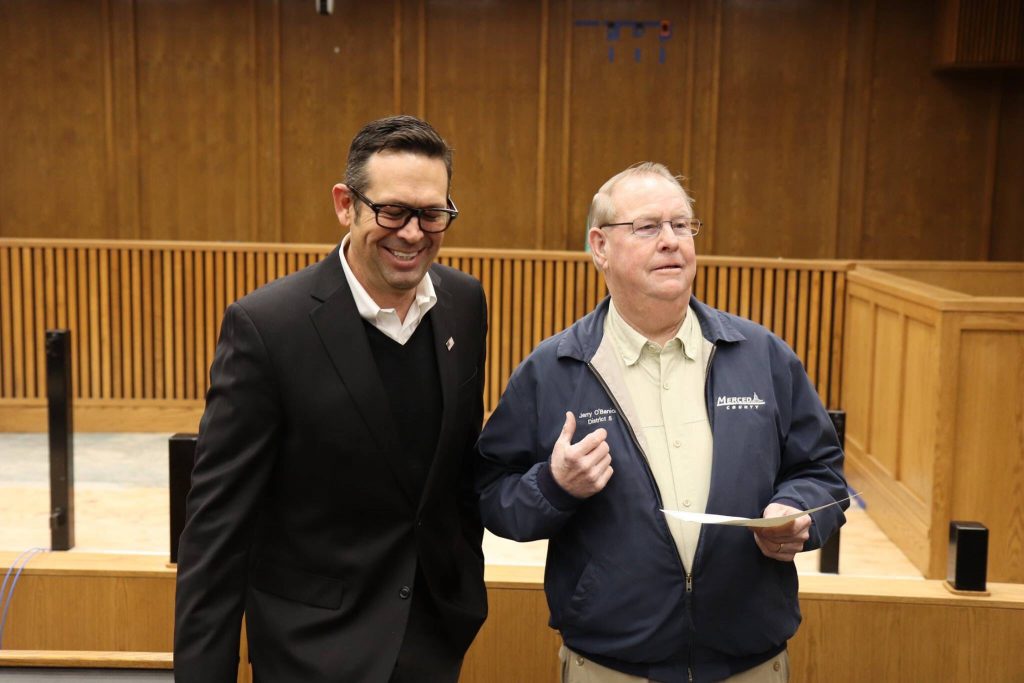 He service on the Board of Supervisors spanned seven terms from 1990 to his retirement in 2018 and included six stints as the chairman.

“Jerry was a great mentor and advisor. He always took my calls and provided insight. He was a good friend and supporter. He left big shoes to fill, and I am working hard to make sure the opportunity to fill them is not wasted. Brooke and I send our heartfelt condolences to Dollie and family.”

“Jerry was one of the good guys! Yes we were friends for many years and worked together on behalf of the people in Merced County. He truly was a public servant and Jerry, with his family, for multiple generations gave back.

We will miss him. Our thoughts and prayers are with Dollie and his family.”