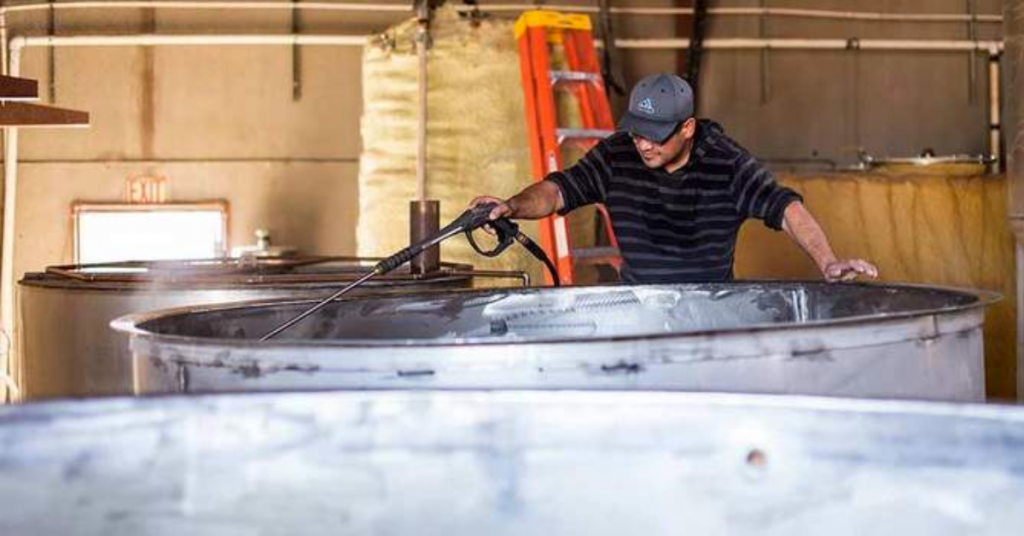 Neighbors near the headquarters, located at Avenue 15 and Road 29 in Madera County, reported hearing loud explosions before witnessing flames engulf the structure around 8 p.m.

Firefighters reported that the blaze, which began in the building, spread to a tank of ethanol, exacerbating firefighting conditions and adding to the intensity and spread of the blaze.

The cause of the blaze remains under investigation, CAL Fire officials said.

Riley’s is best known for its eatery and pub in eastern Clovis, which serves its various beers on tap.

Fresno-based restaurant and food truck promotion company Fresno Street Eats offered its support to Riley’s, calling on its customers to support the devastated brewery by buying its beers.

“Stay strong, Riley’s. You’ll get through this,” Fresno Street Eats said in a post. “We’ll keep an eye out for ways the local community can help. But consider grabbing some of their beer out there on store shelves and visiting [Riley’s Brew Pub].”