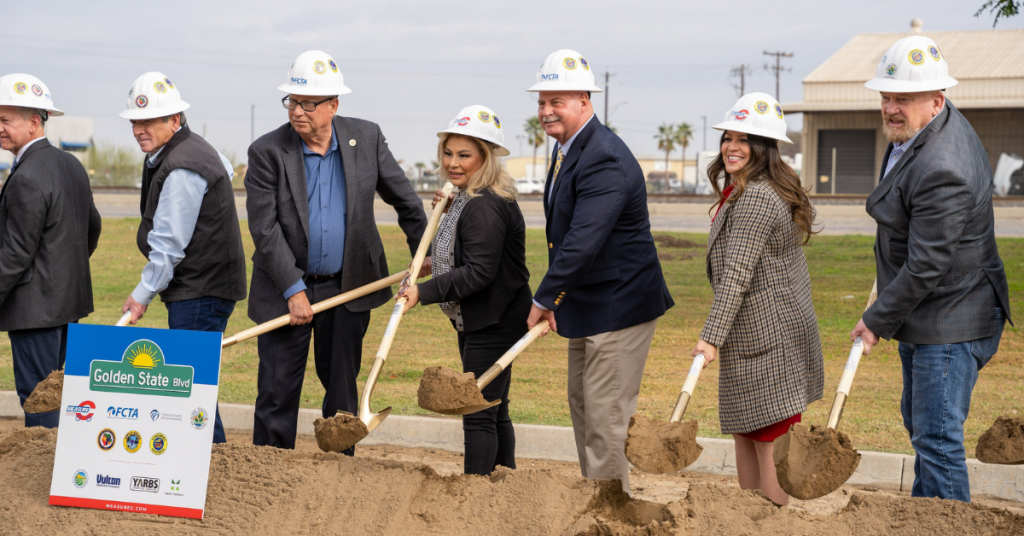 The Golden State project was initially approved in 2006 as part of the Measure C Extension Expenditure Plan.

The 14-mile stretch of the historic Highway 99 spans from American Ave south of Fresno to Mission St. in Kingsburg and will cost $53.1 million, which is funded by Measure C.

The project will be completed in two phases because of extensive involvement with the Union Pacific Railroad.

Phase One will focus on improvements to Golden State Boulevard’s overall condition and safety.

Phase Two will start next year and will construct improvements across the railroad right of way on the local streets.

The improvements are designed to eliminate roadway and sidewalk flooding, improve bicycle and pedestrian safety, preserve infrastructure and beautify key entry points into each city.

“I am proud that Measure C has committed $53.1 million for the design, right-of-way and construction of the Golden State Boulevard Corridor,” said Fresno County Transportation Authority Board Chair Buddy Mendes in a statement.

“The breadth and scope of improvements being made for this project exemplify how important Measure C is today and for the future of Fresno County.”

“Like many historic roadways, portions of Golden State Boulevard have vanished, while others are in disrepair,” said Selma Mayor Scott Robertson in a statement. “And while some segments have managed to retain their historic charm, much of the roadway is in need of considerable rehabilitation.”

In a press release, the FCTA said the improvements to Golden State Boulevard were selected for many transportation goals, including priorities such as pavement condition improvements, safety, greater accessibility, economic vitality, growth and the overall quality of life.

“This portion of Golden State Boulevard has accident rates approximately four times higher than the statewide average for similar facilities,” Robertson said. “For a four-year period, ending in December 2019, there were 137 collisions that resulted in nine fatalities and 195 injuries. The improvements included in this project should result in a significant reduction in total injury and fatal accidents.”