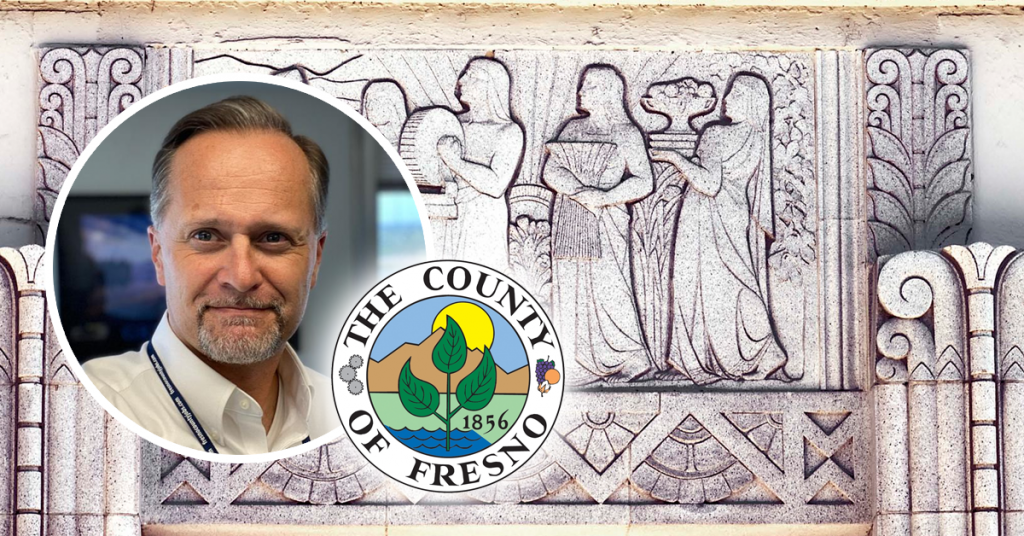 The Fresno County Board of Supervisors has tapped a successor to County Administrative Officer Jean Rousseau when he retires in December after six years in the position.

Paul Nerland, the county’s current Chief Operating Officer, will take over as the new CAO on December 6.

On Tuesday, the board unanimously approved Nerland’s appointment during closed session.

“We all have a front row seat to the work Paul has done for the County and he’s not only a highly qualified leader for this important role, but he has great integrity and is respected by his peers and those who have worked for him,” Board Chair Steve Brandau said in a statement.

“He has already hit the ground running as the Chief Operating Officer and will bring both stability as well as a fresh perspective to the position.”

Nerland has been with the county since 1997, when he joined as a Personnel Analyst. He worked in several management roles in the human resources department for thirteen years before moving up to Director of Human Resources in 2015.

The Calgary, Alberta native was promoted to COO in January.

Nerland moved to Fresno with his family in 1987, and he graduated from Fresno State with a Bachelor’s Degree in Business Administration with a focus on Organizational Development.

“It will be one of the greatest honors of my life to serve as the next County Administrative Officer for Fresno County,” Nerland said in a statement.

“I’ve had the privilege to work with exceptional people at the County who care deeply about the community we serve and aim to provide excellent public service. I am humbled by this opportunity and excited to work closely with the Board of Supervisor and County Department Heads on the Challenges facing Fresno County.”