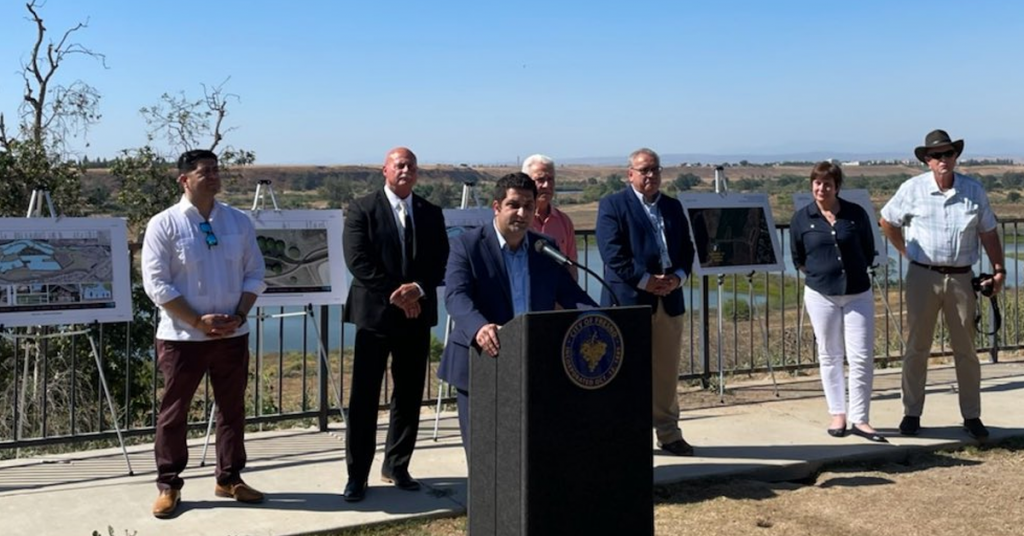 Fresno City Councilman Mike Karbassi – in conjunction with Council President Luis Chavez and Mayor Jerry Dyer – announced Wednesday that the City of Fresno is contributing $1 million to the parkway.

That contribution will fund a new traffic signal at Audubon Ave. and Del Mar Ave., additional parking, and a new north-south bike path that will span a large part of Fresno.

The city is hoping that its effort to increase river access through the new traffic light will signal to state officials that it is proactive with the project.

If all goes according to plan, Gov. Gavin Newsom will step in and provide the estimated $10 million in bond funds that would pay for an additional three access points to the parkway.

“I’m so proud to announce today that not only have we turned the page, not only are we going to have three access points, but we’re coming together on a bipartisan basis to make this happen,” Karbassi said.

“Now that the plans are in place, funding for the required infrastructure is really the biggest obstacle we have to overcome, and we’re hoping the State of California and our governor will provide this funding. But in order to do that, the City of Fresno wants to show Sacramento how committed we really are locally to this project.”

Along with representing District 2, Karbassi also serves as the chairman of the San Joaquin River Conservancy, which develops and manages the planned 22-mile parkway that runs from Friant Dam to Highway 99.

Karbassi noted that the new traffic light will be critical to the surrounding neighborhood because Audubon “has become somewhat of a race track in recent years.”

“Pedestrians and drivers will be safer as one of the first pieces of the river access puzzle will be put in place,” Karbassi said.

Dyer said the city is committed to constructing a bike path along Palm Ave. that runs from downtown to the parkway.

“We’re very committed to making sure that we have a bike path from downtown on Palm all the way to the parkway, because access is so important to the people on the southern part of our city to be able to access the far north of our city and be here at the parkway and enjoy this very, very important, beautiful attraction that we have here,” Dyer said.

Dyer hopes to have the full funding in place and start construction on the access points within the next 18 months.