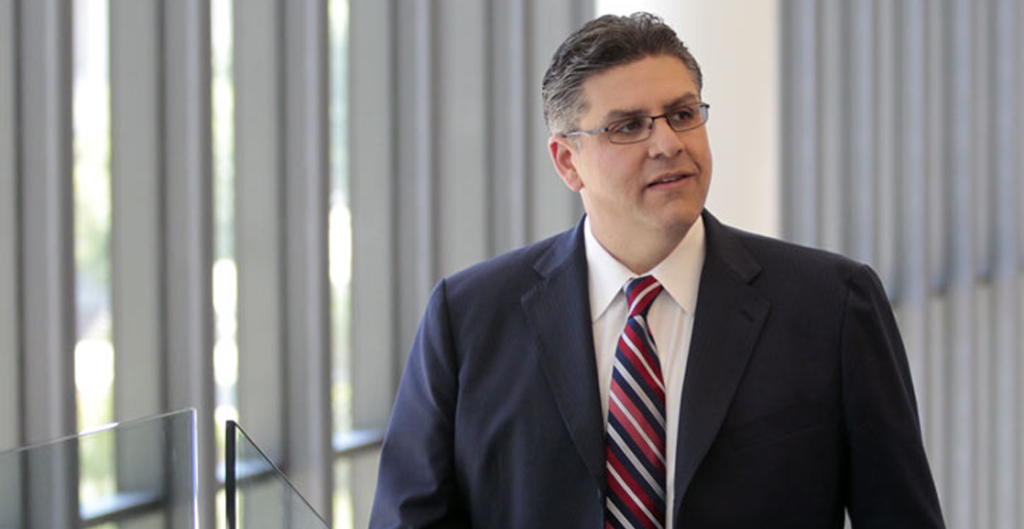 California State University Chancellor Dr. Joseph I. Castro, the former president of Fresno State, is under fire for his handling of sexual harassment complaints against one of the university’s top officials.

According to a Thursday report from Gannett, Frank Lamas, the former university vice president of student affairs, sexually harassed several people during his time at Fresno State.

Castro was hired as Fresno State’s president in 2013, where he would stay until his promotion to head the 23-school CSU system last fall.

In an effort to improve the university’s middling graduation rates, Castro brought Lamas aboard in February 2014, who brought 35 years of experience in higher education to his new position in the Central Valley.

But, according to records obtained by Gannett, complaints regarding Lamas started appearing as soon as his first week on the job.

That precipitated the six-year stretch – to when Lamas retired from the university in 2020 – where the university’s human resources department and the Title IX office received at least 12 complaints directed at Lamas.

According to the report, Castro was personally aware of at least seven complaints.

Things came to a head in 2019 after an incident resulted in the school’s first investigation into Lamas after years of complaints and allegations.

A full-time doctoral student who was working at Fresno State under Lamas filed a Title IX complaint, claiming Lamas had sexually harassed her for about a year.

The woman had been in the job for about two years before Lamas reportedly became enamored with her.

One day Lamas called the employee into his office and told her that he hired her because she was pretty and stared at her breasts. Another time, Lamas gave her a handful of condoms from the university health center, which he called the “sex shop.”

She claims that Lamas repeatedly touched her without consent, often times placing his hand on her lower back. When she would tell him that she did not like to be touched, he would laugh it off. Once he adjusted her bra strap when it had slipped out of her sleeveless blouse.

The woman applied for a job in a different apartment, and in an attempt to keep her, Lamas offered her a director-level job in the student affairs department.

On Oct. 3, 2019, Lamas drove the woman in his car to the new outdoor fitness court on campus, which was celebrating its grand opening.

The woman told Gannett that Lamas told her during the car ride that she was not qualified for the job that he offered her before placing his hand on her knee and moving it toward her groin.

The woman pulled her legs away before Lamas laughed and said that she was too young for the job and probably would not get it.

She told Gannett that she believed Lamas was seeking sexual favors in exchange for the job.

She resigned three weeks later and filed a Title IX complaint after hearing from her supervisor that Lamas had received an unspecified complaint about her job performance, which she felt was him trying to discredit her.

With the formal Title IX complaint filed, Castro placed Lamas on paid lead, and the university brought in an outside law firm to conduct an investigation.

The investigation officially found that Lamas was responsible for sexually harassing the woman and for engagin in “abusive workplace behavior” and “creating a culture of fear,” among other inappropriate conduct.

While the Title IX investigation was the first instance of complaints against Lamas gaining any traction, other allegations made their way to Castro over the years, including multiple that were made to the Title IX office.

An October 2015 complaint accused lamas of leering at the breasts of student Jennifer Cushying who was working in the financial aid department.

Cushing told Gannet that Lamas sat next to her in the conference room of the student affairs office and leaned his head over and looked down her shirt.

“Most people were aware that Frank Lamas was creeping on students,” Cushing told Gannett. “Any time I’d have a conversation with him he never looked me in the face. I don’t think he ever made eye contact with me.”

In 2016, Castro brought in a Bay Area diversity-consulting firm to assess the student affairs department after complaints about the division’s “climate” were brought to light.

Out of the 18 individuals who were interviewed by the firm, 10 of them said they experienced harassment or a hostile work environment.

Following the results of the official Title IX investigation in 2020, Castro agreed to a settlement with Lamas instead of firing him.

Per the settlement, Lamas received $260,000 and full retirement benefits while agreeing to never work in the CSU system again. Castro also provided Lamas with a letter of recommendation.

Castro was named as the CSU chancellor just three weeks after signing the settlement.

In response to questions from Gannett, Castro said he knew about most of the allegations regarding Lamas and said he repeatedly spoke to the administrator about them.

He said that he could not do more about the allegations because none of the alleged victims filed a formal Title IX complaint until 2019.

Castro said the settlement was the best course of action to avoid a potential lawsuit.

“First and foremost, I apologize to anyone in the Fresno State community who was impacted by Dr. Lamas’ behavior,” Castro said. “I recognize how difficult this entire process was for the Division, especially those who were individually impacted by his actions.”

Despite the complaints, Castro recognized Lamas with a lifetime achievement award in 2018 and also applauded Lamas in an email to the campus community when the vice president retired.

Castro said he regrets giving the award and his praise for Lamas.

“I recognize now that my decision to praise his work on student success likely further compounded the negative experience of those in the Division,” Castro said.