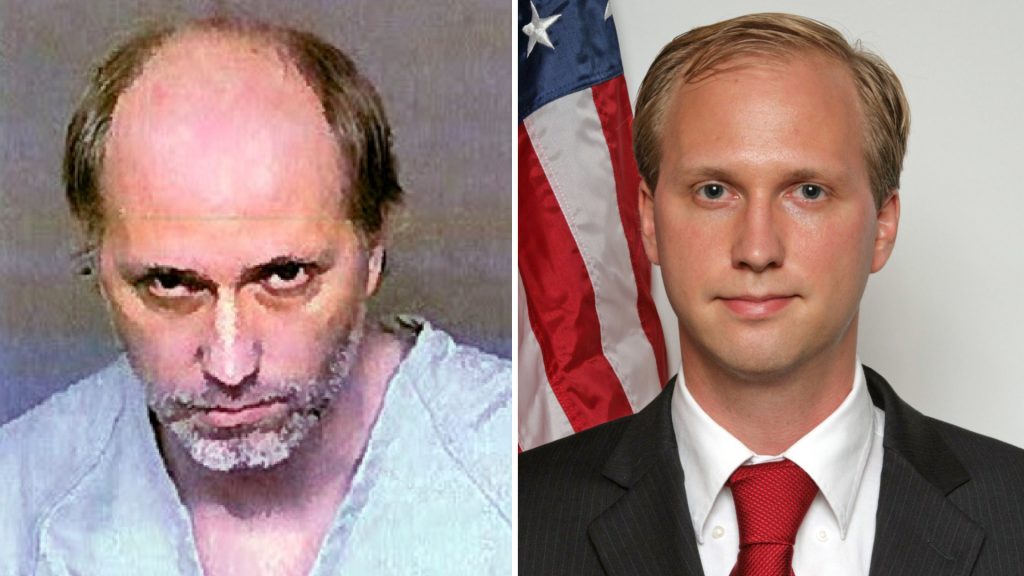 A 40-year-old man from Virginia has been arrested for flying across the country to kidnap a 12-year-old Fresno girl.

Authorities say on Monday, December 14, they learned that the girl went missing and that she may have been convinced to run away with someone. At that point, the Central California Internet Crimes Against Children (ICAC) Task Force took over the investigation.

The ICAC discovered that 40-year-old Nathan Larson flew to Fresno from Virginia, went to the girl’s home and convinced her to sneak out of the house and go with him back to Virginia.

Once at the airport, investigators say Larson made the girl wear a wig to make her appear older and asked her to act as if she was disabled. The two were scheduled to fly from Fresno to Washington, DC, with a layover in Denver, Colorado.

Law enforcement in Fresno were able to contact police in Denver and asked them to check for Larson and the girl in the airport. They were found, Larson was arrested, and the girl was reunited with her family later that day.

Larson is perhaps most-notable for being a perennial candidate for public office in Virginia, often with the Libertarian Party.

After running for Congress in 2008, he was sentenced to 14 months imprisonment for threatening the life of President George W. Bush via a letter.

His ability to run for office and vote was restored with the enactment of felon voting rights legislation signed into law by then-Virginia Gov. Terry McAuliffe.

Briefly running for Congress again in 2018, Larson made headlines for a campaign plank to legalize incest.