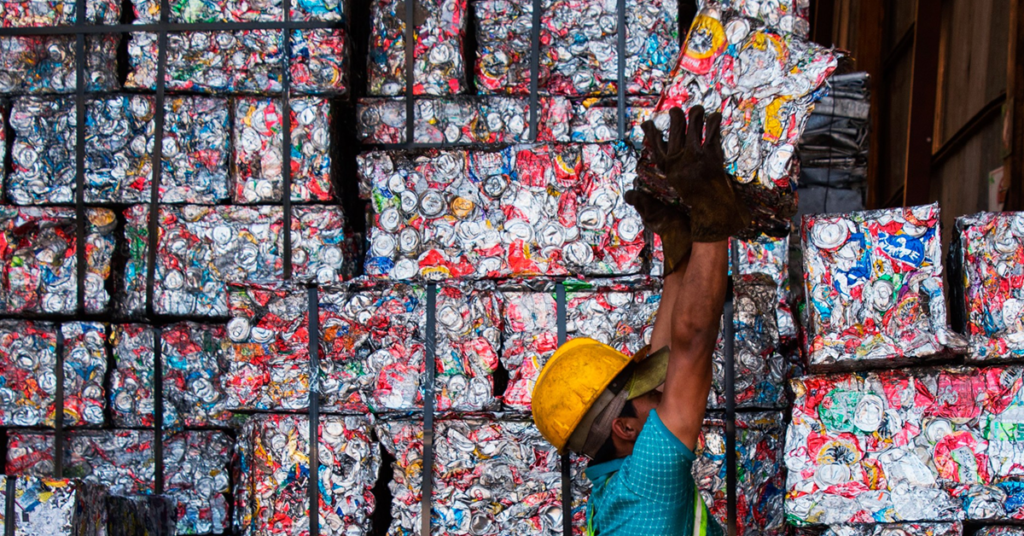 The Fresno City Council on June 20 is slated to get an invigorating lesson on how the business world actually works.

We’re talking about the market for recyclables.

According to a staff report, The Department of Public Utilities is asking the council to approve a change to the contracts with Mid-Valley Recycling and Cedar Avenue Recycling/Transfer Station. Those two companies process the residential recyclables collected by the city’s solid-waste division.

In theory, recyclables have considerable value on the resale market. The current contracts call for the two companies to pay the city for the recyclables they process and resell. These per-ton payments to the city are based on per-ton prices in the recyclable markets.

It costs money to process Fresno’s recyclables. The bottom has fallen out of the recyclables market. The city is now looking at having to pay the two companies to process and sell recyclables rather than the other way around.

Says the staff report: “In Fiscal Year 2020, based on the current market value and the proposed revised payments schedule, the City anticipates an additional expense to the Solid Waste Enterprise Fund of approximately $429,000 in total processing fees. The recycling processing fees can vary with the fluctuation of the recyclables market.”

The city in 2016 struck deals with Mid-Valley and Cedar Avenue Recycling to process residential recyclables collected by city workers. “The Agreements allowed the City to receive a revenue share of the materials processed and sold by both Service Providers with a minimum floor of $1 per-ton,” says the report.

But the past three years have brutal on prices for recyclables. “The decline is due to the reduction of materials accepted by international markets,” says the report. “In 2018, the Chinese government implemented a series of waste import restrictions known as ‘National Sword,’ which limited or banned a variety of recyclable materials that had previously been accepted for processing.”

That is big trouble because China is the largest market for recyclable materials. Other Southeast Asian countries had been reliable if smaller markets. But they followed in China’s restrictive footsteps, “causing the markets to significantly decrease. As a result, overall revenues from recyclables have plummeted due to depressed commodity prices.”

The proposed contract changes would allow the two companies “to receive compensation for processing the materials while still allowing for future flexibility for profit sharing with the City should the markets rebound,” says the staff report.

Perhaps the most intriguing part of DPU’s report is a review of the recycling landscape in other cities.

By way of background from when I was a City Hall reporter at The Bee, recycling contracts between City Hall and private firms seemed to bring out the most argumentative and uncompromising behavior in critics.

The critics’ thinking went like this: Recycling is a public religion. The doctrine is that anything and everything can be recycled to the benefit of everyone. That’s because there’s always someone (just over the horizon) willing to pay dearly for Fresno’s trash. Thus, trash haulers should pay handsome prices to City Hall for the privilege of processing and selling recyclables. If City Hall’s deals with these haulers don’t result in big payments from the haulers, it’s because something – foolish or nefarious, take your pick – is going on.

But according to DPU’s June 20 report, other mid-sized cities in California face the same recycling challenges as Fresno. The report says Visalia and Bakersfield shared details of their recycling/processing contracts with City of Fresno officials.

“The City of Visalia conveyed that they are currently paying roughly $24 per ton for their recyclable materials to be processed, whereas 6 months ago they were being paid for their recyclable materials,” says the staff report. “This has resulted in roughly a $30 swing in costs. The City of Bakersfield shared that they city transports their materials and are currently paying $55 per ton to one Municipal Recycling Center and $90 per ton at the other. This is an increase of $30 per ton as of April 1, 2019.”

The staff report says the City of Fremont contracts solid waste/recycle service to an outside vendor. In September, the report says, Fremont “added a $1.50 recycling processing fee to the residents’ monthly utility bill to help offset the costs of recycling….”

There are two final points to keep in mind about this issue, one stated firmly in the staff report, the other implied.

First, says the report, state law has set the bar high when it comes to mandates requiring cities to divert trash from landfills. CalRecycle, the report says, “has the authority … to fine the City up to $10,000 per day for non-compliance.”

Second, DPU and the Brand Administration for some time have been exploring the possibility of adjustments to various parts of the standard utility bill to keep pace with rising costs. China’s “National Sword” figures to spur those explorations.