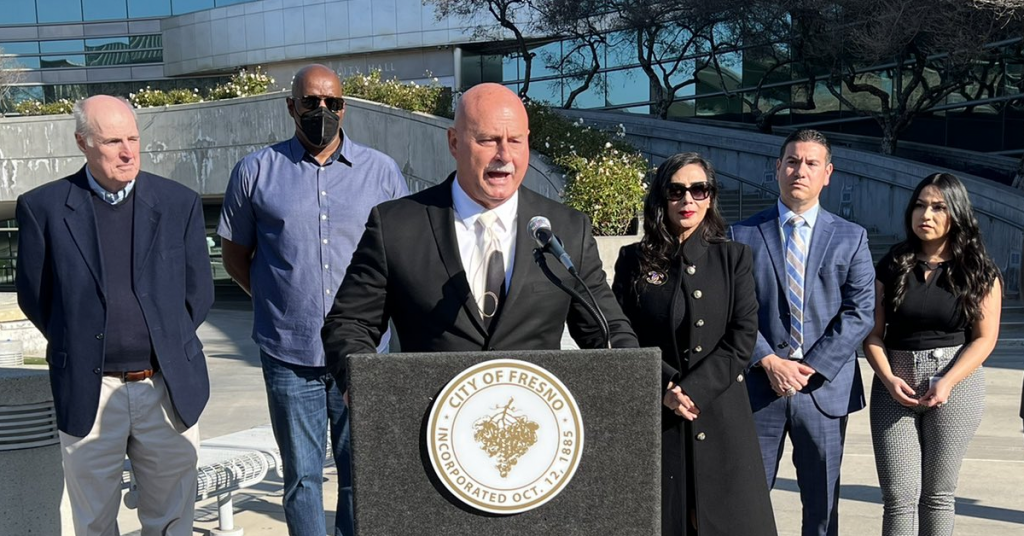 Less than a week after allegations were made public that Fresno Mayor Jerry Dyer used his nonprofit foundation, the One Fresno Foundation, for personal gain, the Fair Political Practices Commission (FPPC) determined those claims to be baseless.

Last week, McClatchy reported on an anonymous complaint to the FPPC that Dyer and his administration violated the Political Reform Act by failing to disclose certain contributions.

On Tuesday, the FPPC sent a letter to Tim Orman, Dyer’s Chief of Staff, saying the enforcement division will not pursue the allegations any further.

Dyer held a press conference in front of City Hall on Wednesday to reveal the FPPC’s decision that the anonymous allegations did not have any merit.

“Less than a week ago a local publication chose to publish a story on these flimsy allegations with no one even having the guts to stand behind the complaint. Yes, less than a week after the story published I received notification from the FPPC that they will not be pursuing this matter any further…,” Dyer said.

“And the fact that this decision came in almost record time by the FPPC confirms that it had absolutely no merit. If the publication that chose to write this story had bothered to do the legwork to research the allegations, they would’ve found that these allegations had no merit and were not worthy of a story.”

“There was also the name of three individuals who were said to have donated to the One Fresno Foundation, developers,” Dyer said. “The truth is not one of those donated a single cent.”

Public reporting documents from the One Fresno Foundation in 2021 did not list any of the named developers as donors.

Upon request, the Dyer administration turned over their behested payment list contributors who donated in excess of $5,000. They include:

Fresno currently finds itself in the middle of a still-pending, hotly-contested cannabis licensing process for dispensaries.

When asked if cannabis firms contributed to One Fresno Foundation, Dyer said he was unaware of any such financial gifts.

No applicant or owner of an applicant was listed among contributors that triggered a behested payment disclosure.

However, The Sun cannot confirm if the foundation received contributions from cannabis firms in the amount of less than $5,000.

“It’s a shame that people are able to make anonymous false allegations and then be enabled by a publication that has sacrificed their journalistic integrity to get more clicks to spread these lies to the community,” Dyer said.

Dyer launched the One Fresno Foundation last year to help underserved youth and children and provide them with mentorship opportunities, among other benefits.

This year Dyer said the foundation will send 1,000 underserved children to Camp Fresno, where they will be educated in leadership, job readiness and civic engagement and 10,000 disadvantaged youth and their families to the Chaffee Zoo

The foundation will also provide scholarships to youth graduating high school for assistance with either higher education or certain career schools, and Dyer noted the foundations continued support for the Step Up On 99 Girl Scout Troop, which is specifically geared toward girls without parental role models.

“I want to make it very clear, I want to be very transparent, we have nothing to hide,” Dyer said. “This is a good foundation. We reach the youth in our community that are hard to reach. We love our kids, and when you’re doing good work, you can expect that there are going to be people that try to prevent you from doing that good work.”