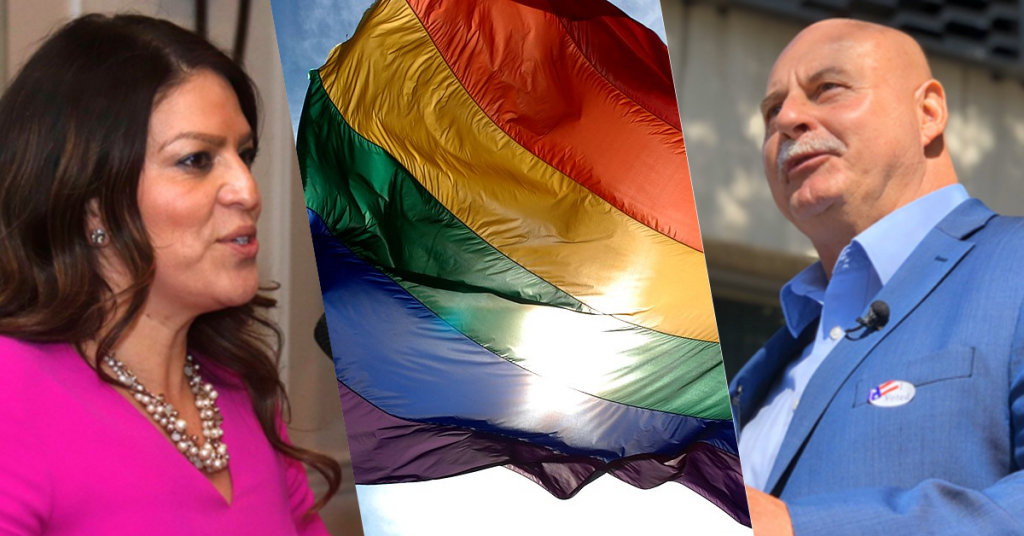 The flag-flying drama at Fresno City Hall continues to have wind under its sails.

Last week, Fresno’s City Council passed a resolution that grants each council member the authority to fly whichever flag they want to in front of City Hall – with a few exceptions, such as religious flags.

Fresno Mayor Jerry Dyer saw that as divisive, and the tension boiled over into a spat between Dyer and Councilwoman Esmeralda Soria over his support of the LGBTQ community.

With Dyer still opposing the council’s desire to fly flags of their choosing outside of City Hall, he has offered a new solution to the council and the community: the creation of a “Unity Park” within downtown Fresno’s Eaton Plaza.

With the proposed park, the city will construct several flag poles which will be available for the community to fly whichever flags they choose.

Dyer also views the park as the “ideal location to become the city’s freedom of speech area.”

“I don’t want anybody to think they’re being relegated to another location,” Dyer said. “This is a perfect place for large ceremonies of people to gather, hundreds and hundreds and even a thousand people could come here. We have seating, we have shade, we have the perfect location, a stage for ceremonial presentations – I just think this is ideal for what we want to accomplish in this city.”

“I want the LGBTQ community to know that I stand with you. This has nothing, absolutely nothing to do with any personal feelings or religious beliefs or anything of that nature. It is in my core to try to unite this city, and I’m hopeful and prayerful that this solution will unite the city, will unite the council,” Dyer said.

“I want nothing more. I’ve had a lot of restless nights – I haven’t been sleeping – over this issue trying to come up with a way that would unify this city and not divide this city any more than it has.”

The plan is to have the flag poles installed by June 11, and Dyer wants to fly the Pride Flag on all poles that day and hold a celebration that day for the LGBTQ community.

Anyone interested in flying a flag at Unity Park will have to contact the City Manager’s Office and submit an application. Dyer said the application costs would be “minimal.”

Dyer also noted that he has had conversations with members of the Black community who are worried that the council’s resolution would open the door for the pro-police Blue Lives Matter Flag to fly at City Hall.

“What happens when a Blue Lives Matter flag is proposed to be flown at City Hall, there has to be an acceptance of that? Does it appear that the City Council or the mayor has endorsed that by having it there? And the answer is, of course,” Dyer said.

Fresno City Councilman Miguel Arias said Dyer’s proposal had a variety of hurdles and only served to obfuscate from the underlying controversy: the Mayor’s opposition to flying the LGBT Pride flag at City Hall.

“Mayor Dyer’s haphazard proposal violates both the City Parks Master Plan and Eaton Plaza Master Plan,” Arias said in a statement. “The only objective this plan addresses is his interest in obstructing the flying of the Pride flag.”

Arias noted that the free-speech area proposal would “require the City to allow the KKK and other hateful flags to be flown there as well.”

“City Hall, not Eaton Plaza, is where Fresnans for decades have gathered to show unity as a community. One Fresno starts by leaving behind separate-but-equal solutions and embracing unity in our most powerful institutions.”