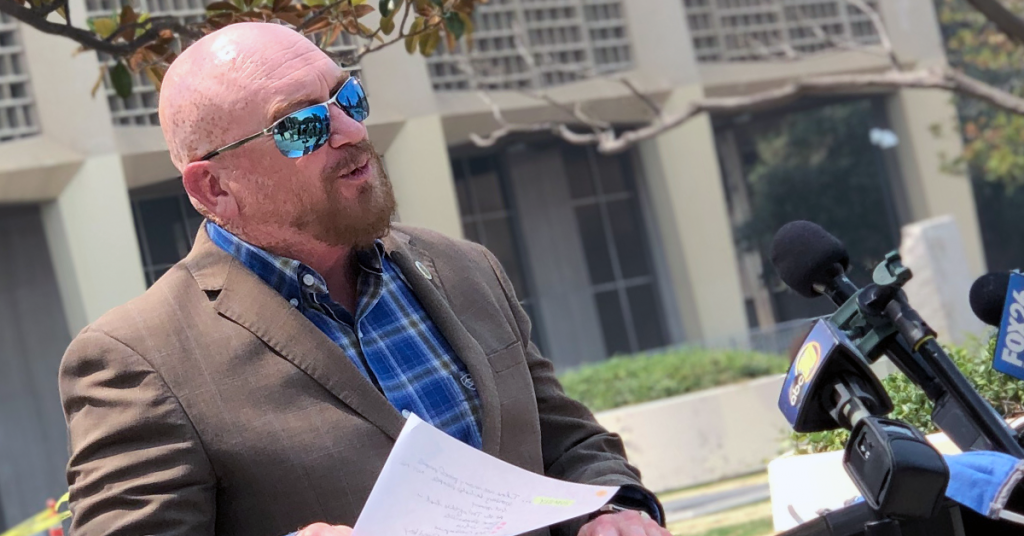 After the City of Fresno submitted a new Measure C proposal – the county’s half-cent transportation tax – last week to the Fresno Council of Governments at the 11th hour, the Board of Supervisors approved the proposed expenditure plan.

However, while approved by a 4-1 vote with Brandau the lone dissenter, the board approved it without full vocal support.

If passed, the 30-year extension is projected to bring in $6.8 billion in tax revenue for transportation funding.

Under the City of Fresno proposal, each incorporated city within Fresno County would see an increase in funding ranging from 3.8 percent to 18.4 percent.

The county, on the other hand, would see its pot decreased by 15.5 percent, totaling $185 million.

The Fresno County of Governments voted 11-4 last week to support the city’s plan, as presented by Fresno Mayor Jerry Dyer.

Brandau called the city’s plan “a completely different plan,” as opposed to a simple tweak, and took issue with the last-minute nature of the new proposal with the fact that the county did not have a representative at the negotiating table.

He also called the whole process a “shitshow.”

While the other supervisors did not side with Brandau in voting it down, they voiced similar issues with the City of Fresno’s actions.

“It’s a little disingenuous, as Supervisor Brandau said, for them to play Santa Claus with our allocation of our money, and I don’t quite candidly appreciate that,” Supervisor Brian Pacheco said.

But ultimately the supervisors settled on the idea that the best path forward is to let the voters decide.

As has been the norm for Measure C discussion, the public comment portion featured a cacophony of opposition from social justice activists.

One such voice in opposition was Ashley Werner with Leadership Counsel for Justice and Accountability.

Werner argued on behalf of her organization that Measure C needs to be in compliance with the California Environmental Quality Act (CEQA) by undergoing a lengthy and onerous environmental review.

However, Magsig asked Werner if Leadership Counsel felt that Measure P – Fresno’s parks tax which was supported heavily by social justice groups – needed to undergo the same treatment under CEQA.

Werner responded by saying that Leadership Counsel did not analyze the need for that with Measure P.

With the county’s approval, the Fresno County Transportation Authority will take a vote on the plan on July 20. After that, the Board of Supervisors would have until Aug. 12 to place the Measure C extension on the November ballot.

The Fresno County Board of Supervisors held the required public hearing as part of its meeting on Tuesday.

Fresno County Sheriff Margaret Mims revealed that out of 22,954 total bookings in the county jail, 44 inmates were transferred to ICE in 2021.

The sheriff’s office received 136 detainers and holds requested from ICE and did not allow one inmate to be interviewed by the federal agency.

The inmates transferred to ICE committed crimes that included child abubse, assault with a deadly weapon, possession of a firearm, arson, crime with an intent to terrorize or terrorist threats, false imprisonment, stealing a vehicle, discharging a firearm, cruelty to a child, sexual assault on a child, unlawful sexual intercourse, and the conspiracy to distribute and possess narcotics, Mims said.

“Those are the kinds of offenses that the law allows us to transfer to ICE,” Mims said. “We obey the rule of law and transfer those that we can legally transfer.”

While TRUTH Act hearings have received much public interest across the Central Valley in the past, only a handful of people addressed the board of supervisors.

Some of the comments called into question the accuracy of Mims’ report, alleging that the sheriff’s office has transferred more inmates to ICE than has been made public.

That drew responses from Supervisor Steve Brandau and Nathan Magsig, who vocalized their support for Mims, who is retiring at the end of the year.

“We heard a little bit about families being ripped apart,” Brandau said. “I think what rips families apart is these criminal predators that get involved in human trafficking, putting fentanyl on the streets of Fresno County. That’s what I think rips families apart, so I’m very supportive of any other law enforcement agency hearing about the misdeeds of these individuals. And if it leads to deportation, I’m really extra good with that.”

Magsig said, “I have found the sheriff to be very reliable when it comes to her numbers. I’ve had an opportunity to tour the jail and just see how the jail operates, and I appreciate the hard work of her staff. And I do recognize that from time to time individuals, whether they be in law enforcement or any part of government, there are individuals who sometimes make mistakes, but I do want to be very clear if there are allegations that are being leveled here today, you need to provide evidence to us. And if the allegations have no evidence, all you end up doing is hurting someone’s credibility.”

The Board of Supervisors approved a resolution Tuesday to approve all needed repairs on the site.

County documents state that the power outage, which occurred overnight between June 17 and June 18, the power outage occurred due to the failure of underground distribution equipment following an outage of street power from Pacific Gas and Electric.

With that, the county also paused the competitive bidding process for the building, marking the latest in the saga of the county’s attempts to sell the former hospital.

Last year, the City of Fresno had a deal in place with the county to construct affordable housing on the site. But that deal was nixed because of a conflict of interest surrounding the project.

CMG Construction Management had been set to acquire the building for $4 million as part of the deal.

But with the deal axed, the county put the property back on the market in June 2021 for $6 million.

Last November, the City of Fresno made a $4.25 million offer to purchase the property, but the county was still taking offers before halting the process Tuesday.