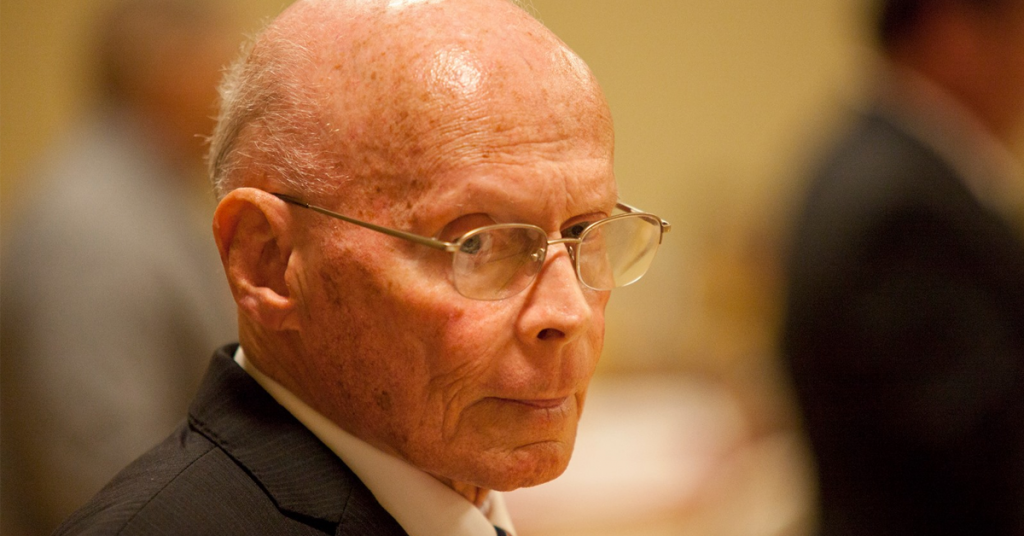 Richard (Dick) Sheppard, the longtime editor of The Sanger Herald, passed away on Feb. 12 at the age of 84.

Sheppard – born in Oklahoma – arrived to California as a young child with his family in the late 1930s, where they lived at the Linnell Farm Labor Camp near Farmersville and worked in the fields.

By the time he was in high school his family had moved to Dinuba, and sheppard got his start in journalism at KRDU Radio Station, where he would eventually become the news and sports director.

Sheppard would go on to work 20 years for McClatchy Broadcasting as the radio and TV sports director as well as the program manager and general manager at KMJ Radio and TV in Fresno.

He left Fresno to manage KOVR TV in Stockton, and he went on to serve as the vice president and general manager of KFBK Radio in Sacramento before returning to KMJ as the general manager.

Sheppard left the Valley to take a job with Arbitron Ratings (Nielsen Audio) as the Pacific Southwest Manager in Los Angeles, where he oversaw eight western states for the organization.

After that, he moved to the Bay Area to become the vice president and general manager of KKIS AM/FM in Concord as well as overseeing KRTY FM in San Jose. While working with those two stations, he was promoted to the Chief Operating Officer of Crown Broadcasting, the national radio station group which oversaw the stations.

Following his time in the Bay Area, Sheppard returned to the Central Valley in the early 1990s as the general sales manager of KJOY FM/KRDU AM before taking over The Sanger Herald, which became The Mid Valley Times in 2019. He retired from the newspaper on Oct. 1, 2019.

In addition to his journalism career, Sheppard served in the US Army Security Agency as well as the US Navy Reserve in Dinuba.

Sheppard was a charter member of both the Kiwanis Club of Dinuba and the Rotary Club of the Fresno Airport.

He was a member of the Sanger Unified School District Classified Employees Personnel Commission, the Sanger Athletic Hall of Fame Committee and the Sanger Veterans Parade Committee.

Sheppard was also an honorary member of the Fresno Grand Jury Association, a Golden Valley Girl Scout Council Board Member and the director of the California Broadcasters Association.