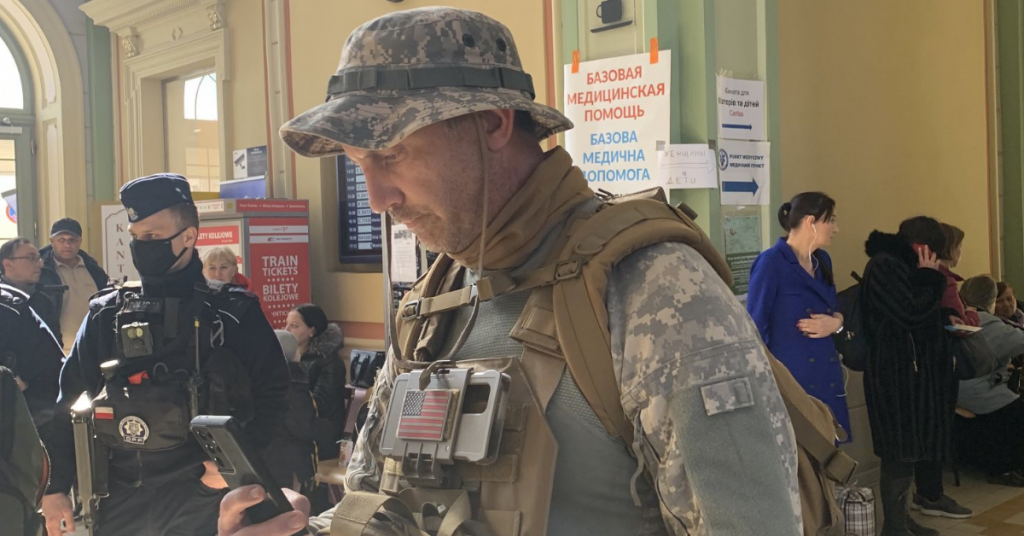 Joshua Mitchell, the one-time Mayor of Sanger who resigned his post amid a public integrity probe by Fresno County prosecutors, is back in legal trouble and in the news.

This time? He’s heading deep into war-torn Ukraine while his landscaping business faces a pile of lawsuits.

Mitchell, who left his position in 2015 amid claims of conflict of interest, has operated a landscaping firm, JDM Landscaping, Inc., since his time before joining the Sanger City Council.

Thursday, a photo from Paul Waddie, a reporter with Canada-based national paper The Globe and Mail, showed Mitchell in military fatigues at a Ukrainian railway station.

Jeremy Dobbins, Mitchell’s lawyer, confirmed to FOX26 News that the person in the picture is in fact the same Joshua Mitchell our news station reported on. Dobbins told FOX26 News in a statement:

“Joshua felt that it was his duty as a human being to go and serve the people of Ukraine. He did not want this to become public, he just wants to serve.”

Waldie says Mitchell mentioned his landscaping company during their conversation in Ukraine, explaining Mitchell told him he “Put together enough cash to keep employees going for three months while he’s gone.”

Mitchell faces claims that his company engaged in construction projects for clients that were done shoddily and caused hundreds of thousands of dollars in damages to property owners.