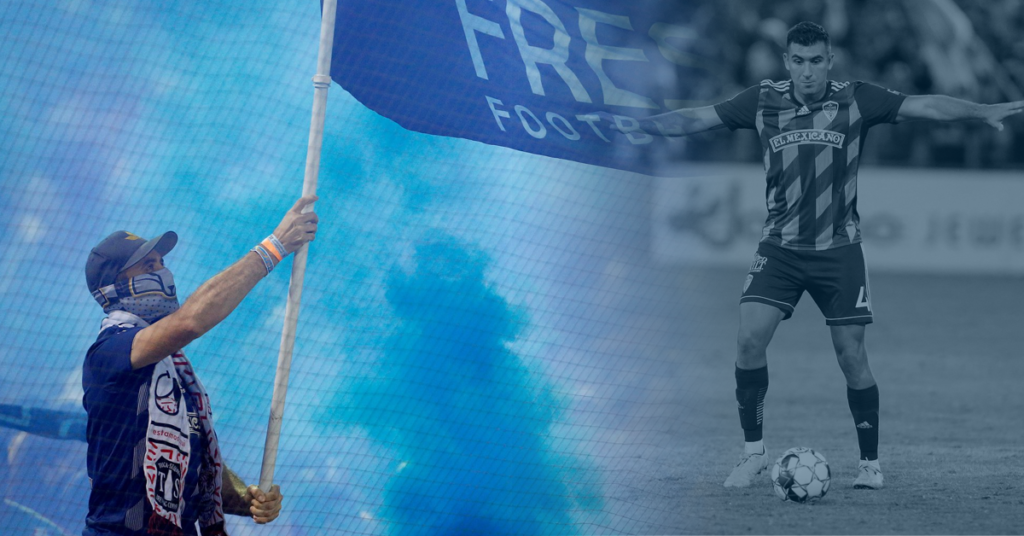 Is it only a matter of time before Fresno’s professional soccer franchise heads for greener pastures?

Sure looks that way.

Last week, The Athletic reported that, amid a run in the USL playoffs, Fresno FC was facing a stadium conundrum.

Under its franchise agreement with the league, Fresno FC needs to move to a soccer-specific stadium by its third year in operation. Currently, the club is playing its matches at Chukchansi Park.

The need to find a new stadium has prompted a war of words between the club and City leaders.

“As it stands today, the unfavorable economic realities of our Chukchansi Park lease agreement, as well as the lack of progress – and political support – we’ve seen in finding a proper site in the City of Fresno, have given us serious cause for concern,” he said.

Fresno City Hall pushed back Thursday. In a joint statement, Mayor Lee Brand and Miguel Arias knocked the club and worked to shift the blame if they move out of Fresno.

The view from City Hall: the Foxes leaving wasn’t for a lack of trying to find a stadium site in Fresno.

In his statement, Brand said his staff worked with club management on ideas such as converting Selland Arena into a soccer stadium, building a stadium in a parking lot behind Chukchansi Park, or utilizing Fresno’s Regional Sports Complex.

“I believe the Mayor has gone above and beyond to help keep the Fresno Foxes in our City,” Arias said in his statement. “We continue to be open to discussions that result in a mutually beneficial agreement that keeps them here.”

Brand also said city officials served as an go-between the club and various private landowners in the city for other alternatives.

The club declined to respond to Brand and Arias’ statement.

None of the privately-held sites, it would appear, have been workable.

The Diamond in the rough

Despite its initial inception as a baseball park-retail hybrid development for families to play, dine, and shop, Granite Park never managed to take flight under its original private sector owners.

The city, a co-signer on the developer’s $5 million loan to finance development in the mid-2000s, took ownership when the developer went belly-up during the depths of the Great Recession.

Until 2015, the park was little more than a municipal ruin. Then came Terance Frazier, now-Congressman TJ Cox, and their nonprofit Central Valley Community Sports Foundation (CVCSF)

They pitched the city on a 25-year lease and service agreement as part of a $2.7 million renovation plan to restore the park’s ballfields. The plan had additional phases – including constructing a two-story restaurant, basketball and volleyball courts, among other items.

In exchange for operating the park, the City agreed to pay $150,000 annually for the programming, staff, and maintenance.

Last year, Frazier asked the City to double the nonprofit’s annual payment for operating Granite Park. The request prompted City officials to invoke a clause in the contract to audit the nonprofit’s financials.

Released in February, the City’s audit report found that, among other issues, the nonprofit had more than $1.1 million in transactions that were either unaccounted for or were not documented.

In the audit’s summary, internal auditor Kriti Agrawal said that she could not rely on CVCSF’s financial statements.

Following the audit’s release, Frazier and CVCSF came under fire from critics for failing to uphold key deal points promised in their 2015 contract – including construction of a fourth baseball field, basketball and volleyball courts.

Frazier said the audit and subsequent fallout were generated as a “political hit” against him.

Sloan, with little elaboration, said the nonprofit was “in substantial compliance with its contract obligations” with respect to Granite Park.

The pronouncement by Sloan would later be labelled as “bizarre.”

A deal to be made?

Why was Granite Park left off Brand’s list of City properties that could serve as a stadium site? The terms of the lease offer a window.

As part of the 25-year ground lease, CVCSF has the first right of refusal on a sale of the Granite Park property.

Conversations between the City of Fresno and CVCSF regarding use by or sale of Granite Park to Fresno FC date back to at least May.

Multiple City Hall sources told The Sun that Frazier and CVCSF would entertain Fresno FC’s use or purchase of the property in exchange for a portion of gate receipts and concession sales.

The alleged offer from Frazier was a non-starter.

However, there is some consensus that City leaders still have an avenue to put Granite Park on the block without having to consult CVCSF at all.

Despite statements of compliance by Sloan, the City of Fresno could determine that CVCSF – through unreliable financial management of City funds or failing to provide contracted services – is in breach of its lease and service agreement and cancel the 25-year contract.

By cancelling the contract, the City would be free to engage offers on Granite Park from Fresno FC unencumbered by a first right of refusal.

It would also allow City leaders the chance to close the book on a 14-year roller coaster with Granite Park.