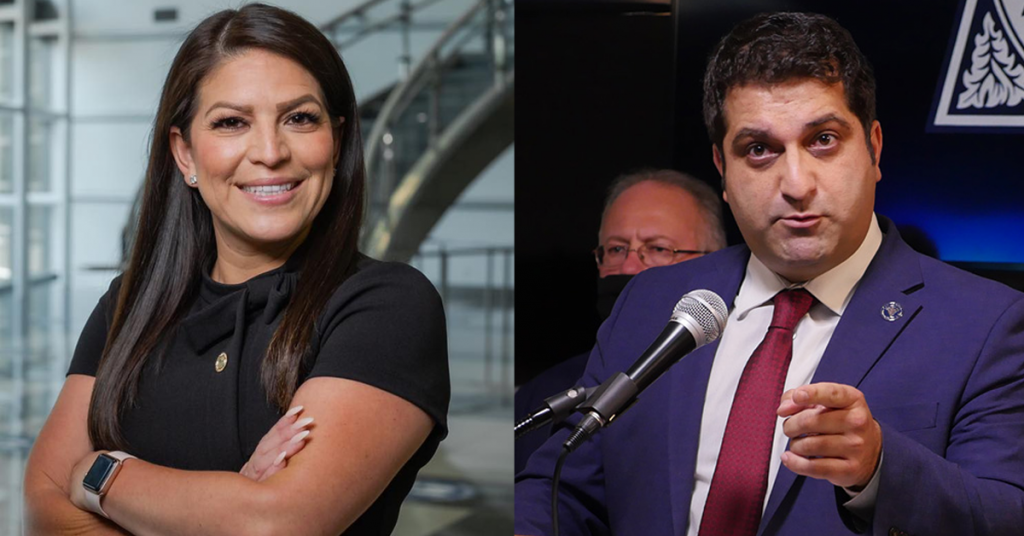 In just a matter of weeks, Fresno’s contentious city council once again has a lawsuit on its hands between two of its members.

Now, Councilman Mike Karbassi has filed a lawsuit against Councilwoman Esmeralda Soria for – once again – defamation.

Karbassi and Soria, both Democrats, are running against each other for the open 27th Assembly District.

Karbassi’s defamation claim revolves around a mailer Soria’s campaign sent out to thousands of voters in the district on June 3, just a few days ahead of Tuesday’s primary election.

The mailer in question has a picture of Karbassi with the following words on top of the page: “Mike Karbassi’s Actions Were Inexcusable.”

Next to Karbassi’s picture are two statements – “Guilty of battery against a student” and “Arrested and cited for assault and battery of a 19-year-old female student” – and a quote: “Was I wrong? Yes, I touched her when she didn’t want to be touched.”

“To mislead readers into believing these claims were true, [Soria] referenced ABC 30 News, Fox 26, and the Fresno Bee as sources for these false claims,” the lawsuit reads.

“These media sources, however, do not confirm any of these claims to be about Mr. Karbassi at all.”

The reverse side of the mailer states that Karbassi used taxpayer money to pay a consultant who was convicted of assault.

The subject of those statements is former Fresno City Councilman Brian Calhoun, who was convicted of misdemeanor battery of a female student at Fresno City College, where he was an instructor, in 2013.

As printed on the mailer, however, the statements regarding the battery appear to be attributed to Karbassi as there is no mention of Calhoun.

“Indeed, [Soria] knew the claims she published in her Mailer about Mr. Karbassi were false at the time she published them. In fact, on the Mailer’s reverse page, [Soria], a licensed California attorney, admits in much smaller print that these claims are not even about [Karbassi] at all,” the lawsuit reads.