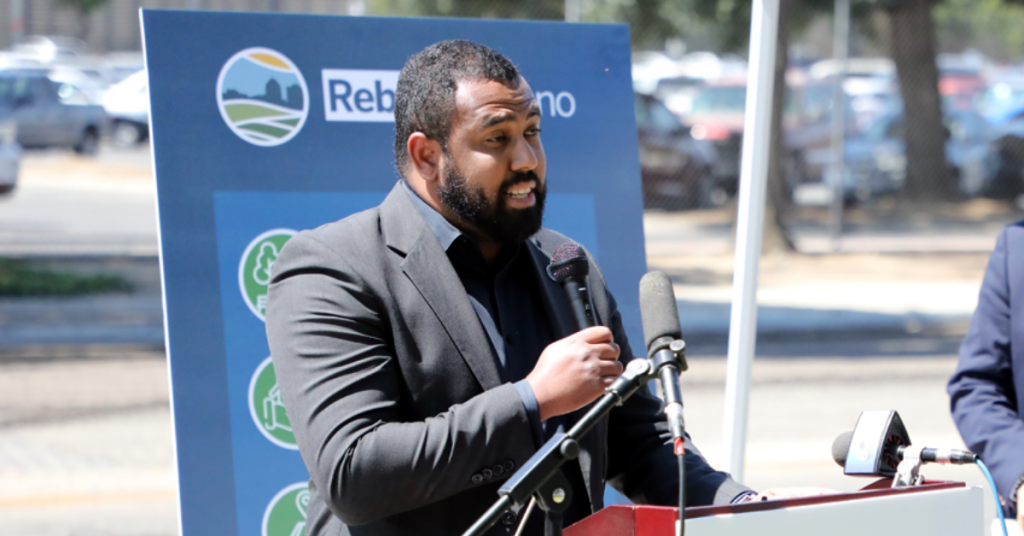 The already-contentious Fresno City Council took a new turn on Monday as two members will soon face off in the courtroom.

Monday, Esparza filed a lawsuit in the Fresno County Superior Court against Bredefeld for defamation.

According to Sloan, Esparza threatened his job and told him to only work for the council majority, which consists of Esparza and councilmembers Esmeralda Soria, Miguel Arias and Tyler Maxwell.

The four accusations that Bredefeld laid out last week are as follows:

Despite Sloan’s confirmation, he is not listed as a defendant in Esparza’s lawsuit as Bredefeld lays sole claim to that role.

Esparza’s take on his meeting with Sloan differs from the one propagated last week, with part of it centering on a resolution passed on April 21 regarding the City Attorney’s Office.

The resolution prohibited each councilmember from using the City Attorney’s Office for the purposes of investigation or obtaining legal opinions concerning other councilmembers or their actions.

All requests for public documents from a councilmember regarding another councilmember will be respected, but the documents are to be provided to the entire council, not just the requesting party.

The resolution came forward shortly after Bredefeld went after the council majority, who he calls the Gang of Four, for how they use their city credit cards. He made a public records request for the credit statements for each councilmember.

According to the lawsuit, on April 22 – the day after the council held a performance review of Sloan during a closed session meeting – Sloan “made an unscheduled stop” by Esparza’s office to discuss the performance evaluation.

“During this meeting, plaintiff Esparza discussed with Mr. Sloan the previous night’s resolution, and Councilmembers’ concerns about the weaponizing of information provided by the City Attorney to council member Bredefeld,” the lawsuit reads.

Esparza told Sloan that several councilmembers were displeased that the City Attorney’s Office “had been weaponized for partisan purposes” by Bredefeld.

According to the lawsuit, Esparza told Sloan that he “was not presently inclined to vote for termination,” but he wanted reassurances that the resolution would be compiled with.

“At no time did plaintiff Esparza direct, order, imply or suggest to Mr. Sloan that he should work only for ‘the majority’ of the Council or only for any certain Councilmembers to the exclusion of any others,” the lawsuit reads.

“[Esparza] and Mr. Sloan additionally discussed confidential matters that had been the subject of the previous night’s closed session items regarding the Employee Performance Evaluation. At the conclusion of their meeting, [Esparza] confirmed with Mr. Sloan that their discussion was confidential and protected by attorney-client privilege.”

In a statement to The Sun, Bredefeld pushed back on Esparza’s allegations in the suit and supported Sloan’s credibility given his tenure as City Attorney.

“Nelson Esparza in this bogus lawsuit is essentially calling the City Attorney, Doug Sloan a liar and that what Mr. Sloan stated publicly is not true,” Bredefeld said.

“Mr. Sloan personally expressed to me and others at City Hall that he felt Esparza attempted to extort him and I shared this information with the public and law enforcement agencies. Mr. Sloan is a very credible and highly regarded attorney who has been the City Attorney for 9 years.

“The corruption at City Hall must end and Mr. Esparza must be held accountable for his actions. I will never be intimidated and this will not stop me from speaking the truth. Not now, not ever.”

The lawsuit is scheduled for a case management conference on Sep. 15.