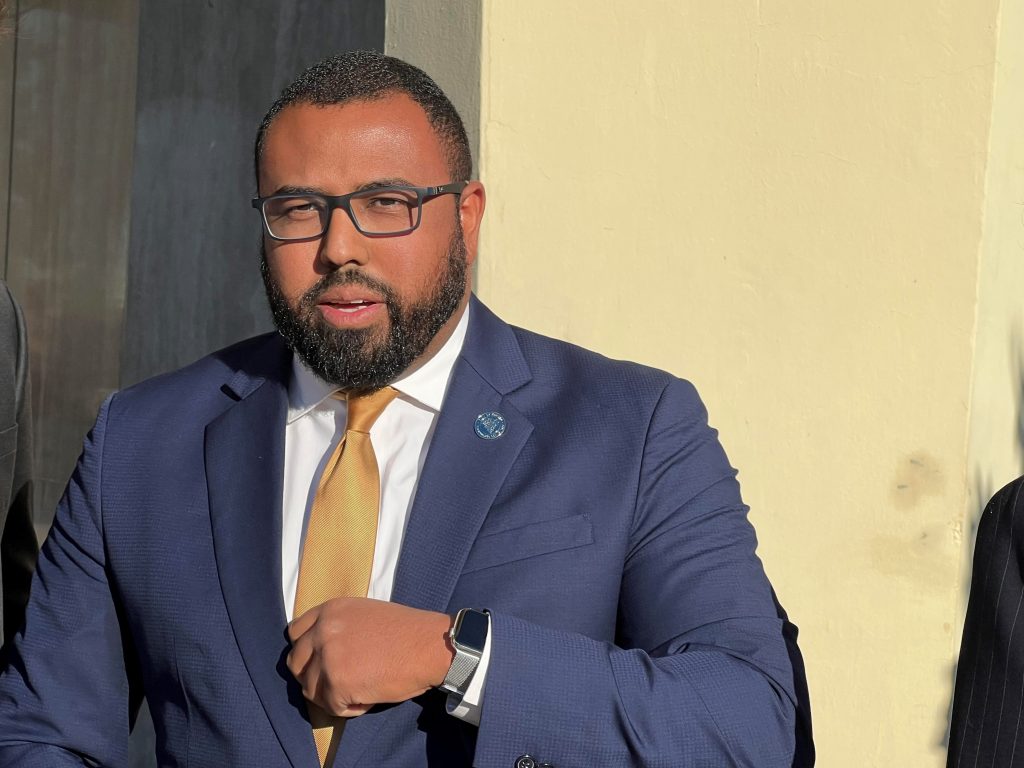 Fresno County Superior Court Judge Brian Alvarez ruled Tuesday at the conclusion of the preliminary hearing that the case will go to trial, holding Esparza to answer to the complaint with one caveat.

Alvarez also reduced the charge from a felony to a misdemeanor.

Esparza will return to court next month for a hearing that will assign the case to a department for a trial.

“We saw last week exactly where this case ultimately was headed, so it’s really no sweat off our back. We are obviously happy and agree with the court’s decision to reduce the felony to a misdemeanor. Taking a look reflecting back on my short career in public service thus far, no one’s ever really given me a free pass. There’s always been challenges along the way, and this time is no different. We’ve always overcome, and we’ll overcome this time as well,” Esparza told the media following the hearing.

“We saw the prosecution put on their star witness with no evidence during this very preliminary portion of the proceedings, so that really should speak to how flimsy and politically charged this case is and continues to be. So ultimately we’ll continue to look forward to being back here and proving our innocence in a trial.”

Esparza’s attorney Mark Coleman said the council president will take the stand as a witness during the upcoming trial.

Esparza did not testify during the preliminary hearing, which served as a preview to the trial and required the prosecution to show the burden of proof for the charges.

The prosecution called Sloan to the stand, and the defense called Fresno City Councilman Miguel Arias to testify.

Sloan repeated his previous statements about the infamous April 22 meeting between himself and Esparza at City Hall in which the extortion allegedly took place. Sloan accused Esparza of demanding he only work for the liberal majority on the council and threatened his job if he refused.

In his ruling, Alvarez noted that the job security of the city attorney is determined by a majority of the council, not just one councilmember, as was presented Tuesday.

But Alvarez also gave credit to Sloan’s testimony, which he said met the extremely low bar of probable cause and allowed the case to continue to trial.

The defense hammered Sloan on his actions following the April 22 meeting and procured screenshots of text messages between Sloan and Councilman Garry Bredefeld regarding the allegations.

During his testimony, Sloan said he felt disrespected by Esparza’s demands and immediately called the Mayor of Santa Monica to inquire about whether its city attorney position was still open. Sloan was announced as the new Santa Monica city attorney within the following weeks.

During the cross examination, led by Coleman, Sloan said he did not want the allegations to become public until his position with Santa Monica was secured.

Sloan said the only councilmember he initially spoke to following his meeting with Esparza was Luis Chavez. He also spoke to Mayor Jerry Dyer and others in the city administration.

Coleman repeatedly raised the point that Sloan did not immediately report the allegations.

Coleman also raised issues regarding the text messages between Sloan and Bredefeld. Sloan said Bredefeld was questioning him about the incident and wording it as blackmail so he corrected Bredefeld and told him it was extortion.

When Arias took the stand, he was questioned by the defense about the practicality of Sloan abiding by Esparza’s demand to only work for the council majority. Arias said it would be “as practical as it is for pigs to fly.”

Following the hearing, Coleman said there is no independent evidence regarding the allegations.

“Doug Sloan has been an attorney for 37 years and he wants us to believe that somebody instructed him to not do his duties. And instead of standing up and saying, ‘I can’t do that. What do you mean? Do I understand you correctly?’ He left, got a new job,” Coleman said.

“He completely shirked his responsibility to the City of Fresno by not clarifying the conversation. He violated the resolution by not taking it to the council. He intentionally deprived the city council of the opportunity to investigate this. He circumvented the whole process, and I believe he circumvented his ethical obligation as an attorney.”