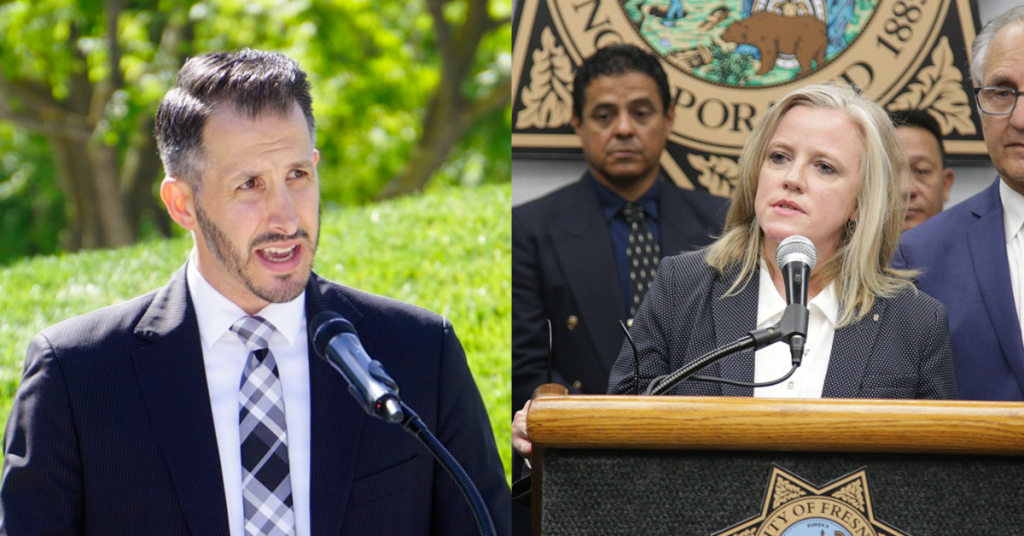 In the stretch of less than a month, the City of Fowler has seen its volunteer fire department summarily sacked and a new police chief appointed.

Alcaraz accepted the same position with the City of Selma and is set to start next month.

The tax measure, which could appear on the November ballot, would raise Fowler’s sales tax rate to 9.25 percent, the current legal limit for a local jurisdiction in California.

For some, the swift moves of Tucker are proving to be head-spinning.

That was the take from Fowler City Councilman Karnig Kazarian, the lone Councilman to oppose Reid’s hiring.

“I believe that for such a critical, high-profile position – one that involves significant interaction and involvement with the community – that some type of process should be conducted,” Kazarian said.

Kazarian noted that Reid had attempted to make the leap to lead a police department, including two attempts to serve as Fresno Police Chief following now-Mayor Jerry Dyer’s retirement.

He even noted that Tucker, the then-Fresno City Manager who ran the twin searches for Fresno Police Chief, had less-than-glowing comments about the prospects.

“We have a recent example of a highly publicized police chief search in Fresno in which our current city manager, who was responsible for that search, initially elected to go through a process. And mind you that Michael Reid was a highly touted candidate and ultimately a finalist in that process. At the conclusion of it, she expressed that ‘we did not find the individual we were looking for, or more importantly, our community deserves,'” Kazarian said.

During that search, Tucker, with the backing of Fresno Mayor Lee Brand, selected Andy Hall to succeed Dyer.

Hall, who faced a mandatory retirement one year after his appointment, would be replaced by Paco Balderrama amid another national search.

“Our city manager stated during the Fresno search that ‘this is probably the most important decision I will make as city manager. It is far too important of a decision to rush into or say that’s good enough. To compromise for the sake of speed and closure, would be disrespectful to everyone,'” Kazarian said.

“We now see another example of what’s not acceptable in Fresno – that is, rushing the process – being just fine in Fowler,” he added.

During public comment, former Fowler City Council candidate Patric Jones said that, while Reid’s resume offered nothing to object to, the process undertaken was problematic.

“This is a position of such a power and authority that the community needs to be more involved in this,” Jones said.

Meanwhile, later in the meeting, attorney Najda Kazarian – the Fowler lawmaker’s wife – questioned the panel about why it was readily abandoning a public hiring for the police chief when it demanded a public process to make an appointment to fill the vacancy left by Cardenas.

Shortly after Cardenas’ passing, three names were floated for an appointment to temporarily fill Cardenas’ vacancy. They were each was rejected by a Council vote.

Firing back on the comparison, Parra – who argued at the time for a public process to replace Cardenas – said he was happy to discuss the differences with Karnig Kazarian.

Kazarian directed Parra not to sidestep his wife, who raised the issue, and talk to her.

With Reid’s appointment as Police Chief confirmed by the City Council, two key outstanding items remain before he officially takes over: a completed background check and have his employment contract approved by Fowler lawmakers at a later date.