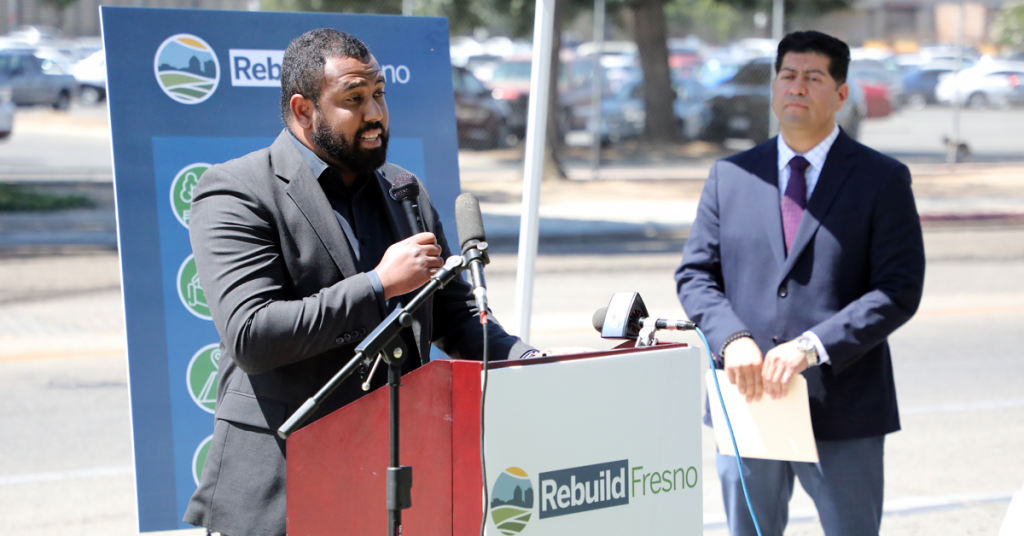 Fresno residents will have to wait a couple more weeks to see how the gas taxes they pay at the pump will directly benefit them.

The Fresno City Council tabled a resolution Thursday that would have approved over $10 million in funds from the State of California, provided by the excise tax, that would go toward road infrastructure improvements.

The council will bring the resolution back before the end of the month deadline for approval.

Council members Garry Bredefeld and Nelson Esparza initiated the pushback on the resolution, displeased with how the city administration divvied up the funds between each district.

The breakdown of how much each district would have received under the city’s plan is as follows:

The city also had the following infrastructure projects planned that would cover two districts each:

Bredefeld took issue with the fact that District 6 was squarely in last place when accounting for both single and multi-district projects.

“I cannot continue to watch as District 6 – which spends a lot of tax dollars and gives it to the city – doesn’t get some kind of fairness in terms of a return on their investment,” Bredefeld said. “That’s why I’m here. This is not acceptable to me.”

Councilman Mike Karbassi proposed that the city split the funds equally, giving each district about $1.5 million.

On the other hand, councilmembers Miguel Arias and Esmeralda Soria argued in favor of having the funds split as proposed, which is more equitable for the city’s greatest needs.

The discussion prompted Dyer to point out that each Council member obviously wants their district to receive as much money as is reasonable.

“We want what’s equitable, we want what’s fair, but I would think fairness is going to be determined based on what district you’re from,” Dyer said.

The City Council directed Esqueda to go back to the drawing board and gin up a few different models for how to split the funding.

The council unanimously passed amendments to the Blighted Vacant Building Ordinance, as proposed by Arias in an effort to reduce fire danger and maintain security in and around empty residential and commercial buildings.

From here on out, people who own vacant buildings will be required to submit a Vacant Building Plan to the city on request, which includes plans for the building, a timeline for completion and measures that are in place to keep the property secure.

The program will also provide up to a 50 percent reimbursement for the cost of curb, gutter and sidewalk improvements.

Although the Council did not determine the funding source or amount for the program Thursday, Arias recommended that the city allocate $5 million to the fund.