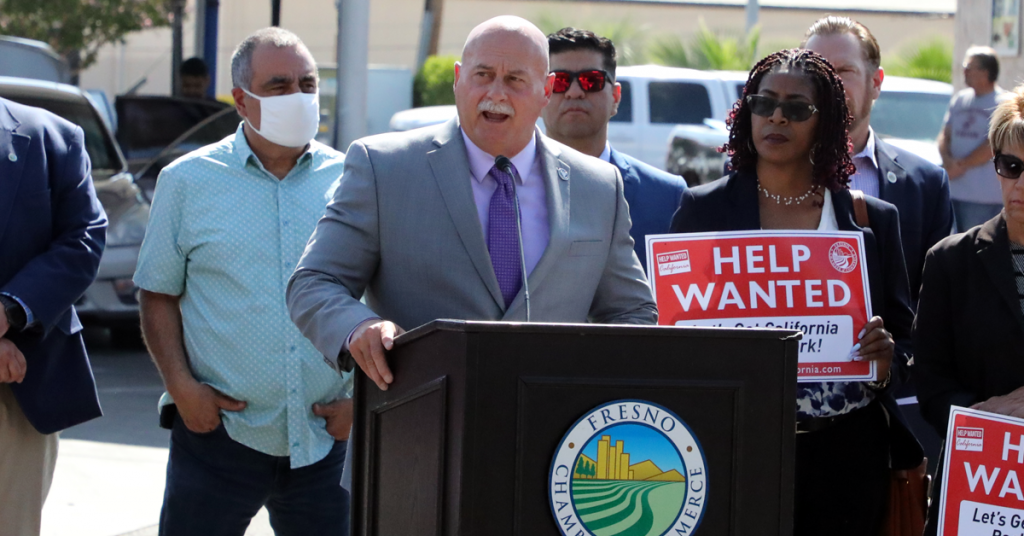 As drivers brought their dusty cars in for a fill-up and car wash at the Belmont Car Wash in southeast Fresno, Serge Haitayan, who has owned the car wash for 30 years, remarked that times have never been tougher.

Why? An intense labor shortage has pushed his business, battered by the pandemic, into new struggles.

“In my 30 years, I’ve never experienced what I’ve experienced this year,” Haitayan said. “I was forced to cut down one shift for our store – from four shifts to three shifts – at the car wash, we went from two shifts to one shift and reduced hours.”

Haitayan said that the current labor shortage issue is something far beyond what he’s ever experienced in his customer-facing business.

Haitayan added that the labor shortage is more wide-ranging than his own business, as suppliers are limited in their ability to deliver.

“We are asking our elected officials to create a shift in strategy in California moving forward,” Fresno Chamber of Commerce president Scott Miller said.

Miller said the coalition is seeking a variety of incentive programs aimed at luring out-of-work Californians currently living off of the state’s beefed-up unemployment benefits to get into the work force.

Along with a sunsetting of extra unemployment benefits and direct financial incentives to re-enter the work force, additional incentive proposals include off-setting childcare costs and continued rental assistance.

Dyer said that the struggle has extended to the city’s restaurants, too.

“I visited two restaurants last Sunday after church and I knew what their hours were because I’ve eaten there many times,” he said. “Unfortunately, when I got there they were closed and they had to delay the opening of their business because of a shortage of employees at both businesses.”

Magsig, echoing Haitayan, noted that the problem drives much deeper than just consumer-facing industries, but into the supply-chain.

“There are ships in port that are waiting sometimes three weeks just to be unloaded,” he said. “And then after they’re unloaded, there are truck drivers who aren’t showing up to work that would bring those goods so restaurants can be supplied appropriately, so car washes have the materials they need so they can continue to operate.”

He said that, in conversation with Fresno’s Vino Grille & Spirits owner Chuck Van Fleet, restaurants have had to pay salaries far above the minimum wage to compete with inflated unemployment insurance.

“This is a challenge and we have to work together and I believe that government has to be providing incentives enough to encourage workers to go back to work,” Magsig said.

Chavez, who regularly frequent’s Haitayan’s car wash, has heard more than an earful in recent months about the workforce.

“As I go up and down my Kings Canyon corridor and I speak to small businesses, I hear the exact same story,” Chavez said. “They have a hard time getting their employees to come back to work. They’re ready, they have their operations set, but the lack of employees is really hurting them.”

Chavez said that the coordination between the city and county of Fresno along with business leaders help to deliver a united message in shifting toward return-to-work policies from pandemic assistance.

“There’s nothing more powerful than giving someone a job,” he added.