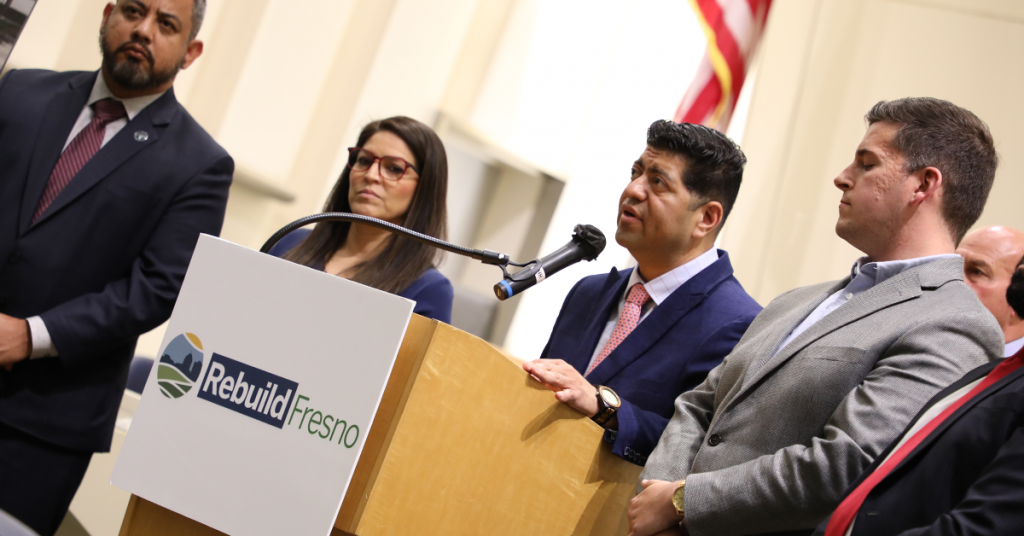 Following two weeks, more than 100 alterations, and some last-minute haggling between lawmakers and Fresno Mayor Jerry Dyer, the Fresno City Council adopted a $1.4 billion budget for Fiscal Year 2021-2022 on Thursday.

Yet, despite praise and congratulations throughout Thursday’s City Council meeting, the budget was not supported unanimously.

At the center of the dispute was what two council members perceived to be a lack of support for public safety, a conversation that carried over from Tuesday’s budget motion hearing.

Council members Mike Karbassi and Garry Bredefeld opposed the budget, which passed through the council on a 5-2 vote.

Karbassi took issue with the council allocating $1.8 million to a newly-formed code enforcement team under Mayor Jerry Dyer while Fresno is in the middle of a violent crime wave.

He proposed that the council redirect those funds to an incentive program for lateral police officer hires to make the Fresno Police Department more competitive in its recruitment efforts.

“I say this ‘til I’m ‘Support Blue’ in the face: We have a public safety crisis in this town,” Karbassi said. “I’ve seen the clouds for months, now we’re having some rain – we’re going to have a big storm coming. We have less than 700 officers available right now.”

While Karbassi’s push failed to bore fruit, Bredefeld chastised the other council members for not spending more money on public safety during the ongoing crisis.

“While everybody touts this budget and how wonderful it is, hopefully you won’t need a 9-1-1 dispatcher to call, because you won’t get an answer and you may be dead and the emergency will go unattended,” Bredefeld said. “That’s not fixed in this budget. Councilman Karbassi made a motion to increase the money for lateral hires, which is a good way to increase officers. That was rejected by this council.”

Bredefeld specifically pointed out $11.5 million in the budget allocated to the general fund that go to various other projects that should go toward public safety efforts.

He specifically noted that the council is allotting $300,000 to defend illegal immigrants, $350,000 for legislative interns and $400,000 for a climate action plan, among other allocations.

When the council adjourned its meeting Tuesday following 105 budget motions, council leadership met with Dyer and his administration to close a $5 million gap in the general fund in order to balance the budget ahead of Thursday’s approval.

Some of the compromises reached to balance the budget include the following actions:

During a press conference after the vote, Fresno officials praised their ability to compromise en route to a veto-free budget.

“This is a once-in-a-generation opportunity to make those key investments, particularly in those disadvantaged neighborhoods that we’ve never had the ability to invest in,” Chavez said.

“There’s an old saying, ‘Don’t tell me what you value, show me your budget and I’ll tell you what you value,” he added. “I think the residents can see where our strategic intent was for this budget.”