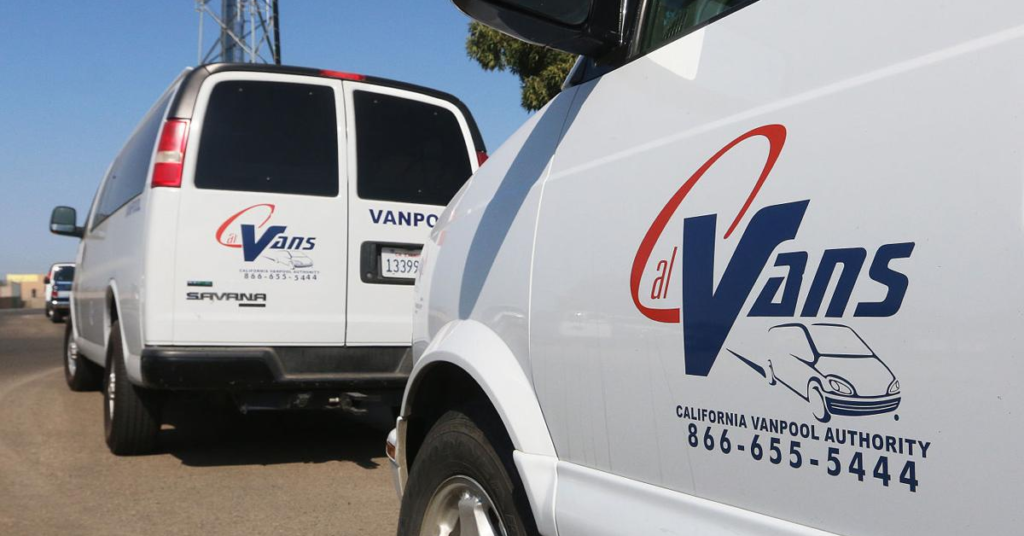 It looks like local officials will try again to improve farmworker access to vanpools for transportation to and from work.

Outreach efforts were made in the 2018-19 fiscal year that ended June 30. According to a Fresno Council of Governments’ report, those efforts fell short of goals.

COG’s Policy Advisory Board now will decide whether to extend for another year the contracts with two nonprofits charged with conducting outreach for the Measure C Agricultural Vanpool program.

The Policy Advisory Board is made up mostly of city managers. The Board was set to review the matter during its July meeting at COG headquarters in Downtown Fresno.

The Measure C Farmworker Vanpool Program, says the COG website “provides vouchers to help farm laborers pay for their transportation to various job sites when they ride in an approved Farmworker Vanpool. Funds are available on a first-come first-serve basis until the program funds are exhausted. All groups interested in participating in the Farmworker Vanpool Program are required to use an authorized vanpool provider or form an employer-sponsored vanpool. Owner-Operator vanpools are not eligible to receive these vouchers.”

The program is part of the Measure C half-cent sales tax extension approved by Fresno County voters in November 2006. The Farmworker Vanpool Program’s mission is simple. Farmworkers may live some distance from their job site. They need to get to work, then get home. They need to do this at a reasonable cost. If the farmworkers travel in vanpools, says COG, they get “to their destinations safely, improve air quality, and provide a cost-effective alternative to the single occupant vehicle. The Measure C Farmworker Vanpool Program is open to both public and private industry competition, as well as potential public/private partnerships.”

The logistics of achieving such a goal are daunting. Fresno County’s agricultural economy is diverse. Farmworkers have many options on where to live. Vanpools have their own economic imperatives.

I admit that the COG staff report was too complex for me to fully understand. The fault is mine. But if I get its essence correct, COG at the start of the 2018-19 fiscal year decided to fund outreach for the Vanpool Program.

In that fiscal year, the staff report says, “Fresno COG contracted with multiple community-based organizations to conduct diverse and extensive grassroots outreach among people who may qualify for subsidies under Measure C’s Ag Worker Vanpool (AVP) program The goal was to double annual participation and ridership from an average of 45 vanpools to more than 100.”

The two organizations contracted for these outreach efforts were CBDIO and OCED. If I read the staff report’s correctly, they didn’t reach the goal of 100-plus vanpools.

A key to success, apparently, is finding someone willing to get into the farmworker vanpool business. An incentive is funding help from Measure C.

The provider of the vans is CalVans, says the staff report.

CalVans’ website says it is a public transit agency sponsored by the California Vanpool Authority. CalVans has “one simple goal for farmworkers: to provide qualified agricultural workers with safe, affordable vans they can use to drive themselves and others to work.”

The COG staff report says CBDIO and OCED did a lot of worthy outreach. However, for a variety of reasons, both organizations met unexpected challenges.

For example, says the staff report, “OCED suffered staff turnovers after June 2018 and was unable to complete its proposed objectives within the grant period.”

The staff report also says CalVans is the only vanpool provider qualified to receive the Measure C farmworker subsidies. However, the report says, lack of available vans from CalVans during much of the 2018-19 fiscal year “dampened … outreach progress.”

In conclusion, the COG staff report says CBDIO and OCED “would like to continue working together to correct misunderstandings about the availability of program dollars and continue outreaching to ag workers and farm labor contractors using grant dollars previously approved.”

Policy Board approval would authorize COG Executive Director Tony Boren to extend the CBDIO and OCED contracts through June 30, 2020.