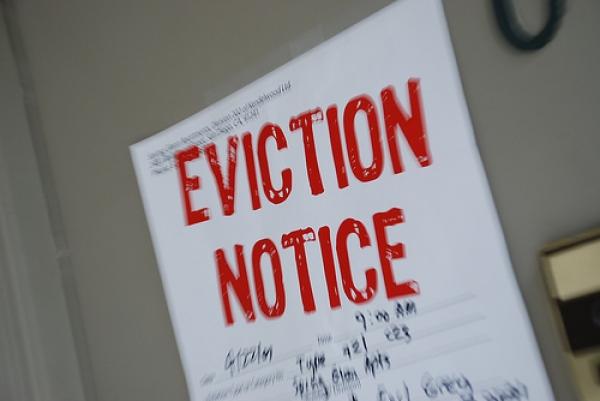 Fresno City Council took a step forward for providing the so-called “right to counsel” for tenants who have been unlawfully evicted from their homes in the city limits.

The City Council created the Eviction Protection Program with a 6-0 vote Thursday. Councilman Garry Bredefeld recused himself, citing an advisory opinion that his rental property ownership caused a conflict of interest.

Under the program, Fresno’s City Attorney will seek proposals from outside legal counsel to represent tenants who are facing an unlawful eviction.

But there’s a catch: The program is not funded yet.

That discussion is set to take place next month when the council moves into the budget process and receives its funds from the American Rescue Plan stimulus package, said Council Vice President Nelson Esparza, who proposed the program along with Councilman Tyler Maxwell.

“This is the framework that we are trying to kick into place and get ready for when it’s needed the most,” Esparza said. “Passing this today will allow us to start moving in that direction.”

Esparza was referring to the state’s eviction moratorium, which is set to expire on June 30. Once the midsummer date passes, Fresno County and the rest of California could very well be faced with a wave of tenants who have been removed from their homes.

Last week a federal judge ruled against the U.S. Centers for Disease Control and Prevention’s nationwide moratorium on evictions, calling into question the legality of California’s rule. However, the judge also placed a temporary hold on the ruling as the CDC seeks an appeal.

The threat of an eviction wave is another factor in the city’s constant battle to curb its homelessness problem.

While Esparza and Maxwell have pushed forth the right to counsel, the final form of the Eviction Protection Program will differ from the right-to-counsel model in San Francisco, which has been in place since November 2018 and guarantees legal representation for all evicted tenants.

Under the combined proposal, before an evicted tenant is granted the right to counsel, the city attorney will develop a screening process to review each case for the legality of the eviction.

“I trust our city attorney’s office to develop a screening process that matches up against the most current definition of what is considered an unlawful eviction,” Esparza said.

Under the mediation part of the program, the city attorney’s office will offer a mediation program between landlords and tenants with the hope of avoiding a lawsuit.

The city attorney’s office will also be responsible for bringing in outside counsel to annually evaluate the efficacy of the Eviction Protection Program.

Chavez said he was uncomfortable supporting the right to counsel proposition by itself because “a city would essentially give taxpayer dollars to a private citizen so they can sue another private citizen.”

He noted that he has not received further data that he was promised regarding the San Francisco right to counsel model, which has a success rate that ranges from 38 percent to 67 percent, totaling a 52 percent average.

“Based on that data that San Francisco model provides, we know that it has a failure rate of 48 percent, so essentially half of the money that we would be putting under that model would be flushed down the toilet, and we would still have those folks be homeless but yet having spent,” Chavez said.

“For every $1 million that we would put toward that model, we would essentially have $480,000 that would be essentially just wasted.”

The key difference between the San Francisco model and Fresno’s Eviction Protection Program lies in the screening process, which alleviated much of Chavez’s concerns.

Moving forward the Council President would like to see the definition of an illegal eviction be hammered out, and he is interested in conducting a pilot program to see what works.

“I think we’ve got a good hybrid model that we can all get behind and make sure that at the end of the day we’re all just trying to keep those vulnerable populations housed in their residence,” Chavez said.

“And that really is the goal and for me the guiding factor for what we’re going to be working on.”