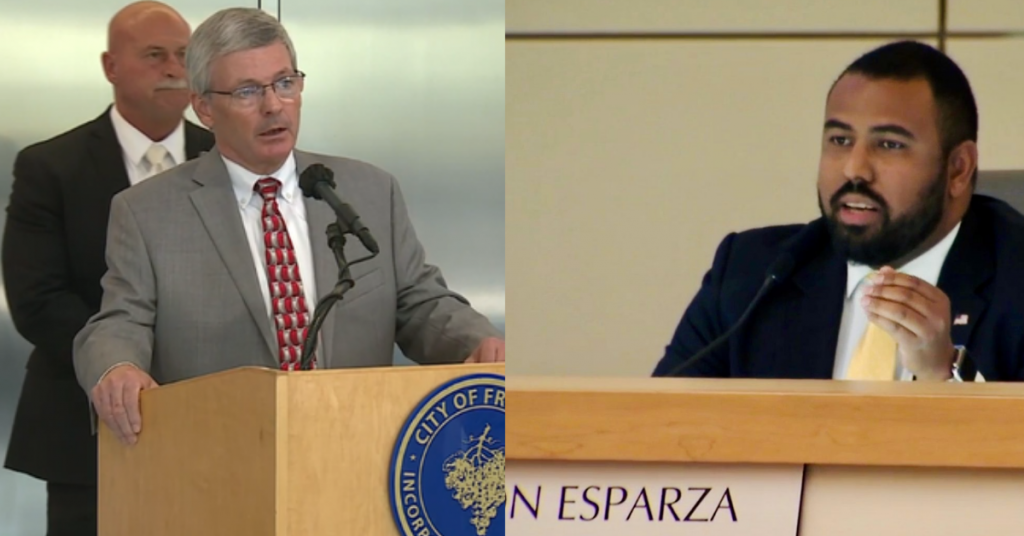 Former Fresno City Attorney Doug Sloan is speaking out in a big way for the first time since extortion allegations were levied against Fresno City Council President Nelson Esparza.

In an Monday op-ed published with GV Wire on, Sloan – who left Fresno for the same position with Santa Monica – said he never intended for the conversation he had with Esparza in April in which the council president allegedly threatened Sloan’s job to go public.

Sloan’s commentary came in response to a story centering on newly-unearthed documents in the on-going criminal case against Esparza in which City Manager Georgeanne White relayed that Sloan referred to Esparza as “a little pissant millennial” in a conversation with her.

“I do not recall making the ‘pissant’ statement,” Sloan wrote. “That is not a word I ever have used. It’s not even in my vocabulary. But, I have a lot of respect for (Fresno City Manager) Georgeanne White, and I’m not going to challenge that’s what she remembers.”

Sloan said he was extremely upset following his closed-doors conversation with Esparza. He noted that he had been with the city since 1998, including the last nine years as City Attorney.

“With that one conversation, I knew staying would either be very unpleasant or not an option. As it turns out, Santa Monica is a fantastic place and I’m working with wonderful people, Councilmembers, Staff, and the City Attorney’s Office. But, I was not assured of that at that time,” Sloan wrote.

“So, when I met with Georgeanne, I was very upset. What we discussed I never would have imagined would be made public, both because of our working relationship and I didn’t expect the underlying matter to be made public. Under the circumstances, I could have expressed the anger, but I don’t think it was those words. That’s not what this is about, anyway.”

Outside of the “pissant” comment, Sloan defended his tenure with Fresno, saying it was “nonpartisan, apolitical, objective, and neutral as it possibly could be.”

Sloan argued that his record could demonstrate that he has assisted Democrats on the council more than he ever helped Republicans.

He pointed to the city’s controversial purchase of the Tower Theatre, which he referred to as “not exactly a Republican project.”

Sloan said he assisted in “every possible way” to help the city complete the sale.

The former Fresno City Attorney also pointed to his role in moving and expanding Code Enforcement from Republican mayors and staff to under the umbrella of the Democratic council majority.

He also pointed to his role in negotiating many business deals on behalf of Democratic councilmembers.

“The bottom line is my record is clear that I was there to do my job, outside of politics, objectively,” Sloan wrote. “Recall that until the conversation was made public, the Council President had announced there would be a ‘Doug Sloan Day’ prior to my leaving, which would not have been a thought had I been perceived by them as a political opponent.”

Sloan also pointed to his recent idea to “de-weaponize” the City Attorney’s Office to ensure that the city attorney is not used by a councilmember against another councilmember.

“It’s unfortunate this occurred, and more unfortunate that some people will try to use the circumstances for political or personal gain,” Sloan wrote. “That was never intended.”