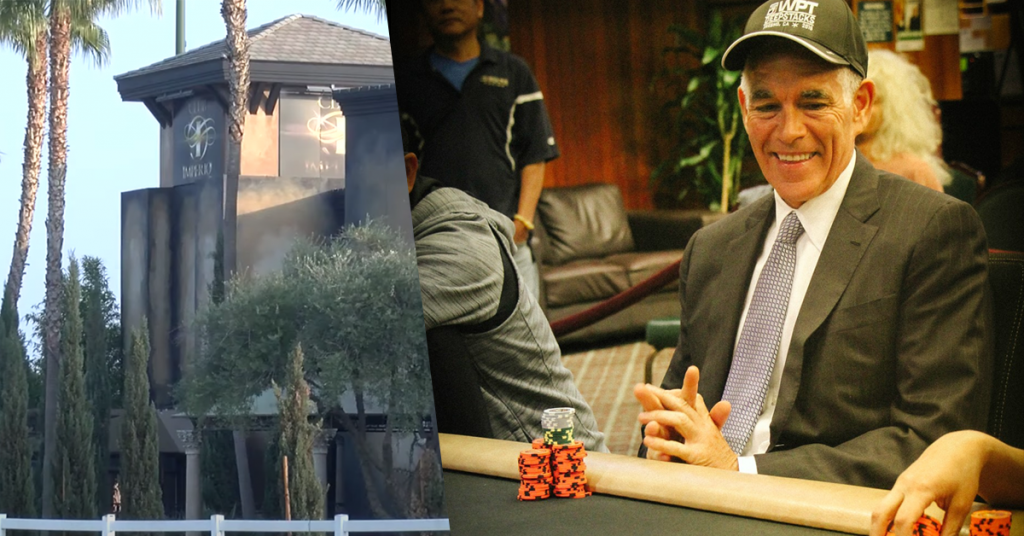 After 25 years in downtown Fresno, Club One Casino is set to move to Granite Park, giving the cardroom the opportunity to reset its operations as it reopens from the COVID-19 pandemic forced-closure.

Once the first wave of COVID-19 shutdowns hit California in March 2020, Club One closed down for a couple weeks before trying to reopen. But that reopening only lasted a few weeks, before the cardroom had to shutter its doors for 16 months, per the state’s orders.

As the months progressed, Club One Owner Kyle Kirkland realized that he needed to make some changes to the business in order to protect against any future public health scares that could force businesses outside once again.

“Club One was a pretty good operation downtown. We’ve been down there for a pretty long time,” Kirkland told The Sun. “If anything, closing during COVID was sort of a chance to do a hard reset, a free coupon to really say, ‘If we were ever going to have a time to look somewhere else, now’s the time to do it.’”

By November of last year, he began to target a location at Granite Park, which he had his eyes on for the last decade.

Although the transaction to purchase the property is not yet complete, Club One has started to move in and transform the former nightclub – which last housed nightclub Club Imperio – to suit the needs of a cardroom, restaurant and bar.

Kirkland expects to be able to open in about one month’s time, pending approval from Fresno City Council.

The City Council is scheduled to hold a hearing on Club One’s cardroom application on Thursday, which Kirkland had to reapply for when he moved locations.

City Manager Tommy Esqueda has recommended that the Council sign off in approval. The city estimates that Club One will generate over $1 million in tax revenue annually.

“We’re a responsible operator,” Kirkland said. “When we were downtown, we were a good neighbor. We’re going to be a good, responsible neighbor. We don’t get out of line. If anything, we give some order. People know we’re reliable, and they’ve seen it here just in the time we’ve been here.”

Kirkland met with District 4 Councilmember Tyler Maxwell, who represents the area that Granite Park is located.

Maxwell had some concerns about having a cardroom adjacent to the baseball fields given the children that utilize them.

“He raised possible concerns, and I feel like we’ve addressed those,” Kirkland said. “We’re spending money on wayfaring signage, security and surveillance, access for [the Police Department] – a lot of things we were doing anyway, but just reassuring them that’s how we operate. Here, if you look at the parking, no one’s ever supervised it. No one’s ever put up wayfaring signage. No one’s ever put up security and surveillance.”

While Club One looks to be a net-positive for the area, Kirkland said he is not going to be presumptuous with the council’s potential vote on Thursday.

If City Council gives Kirkland its stamp of approval, he’ll be able to close the deal on the 30,000 foot building.

Initially, Club One will open in the space of the former nightclubs, which is 13,000 square feet, and start with 25 card tables before eventually expanding to 51 tables.

In another 18-24 months, Kirkland expects to have the rest of the building finished, which was never fully completed when initially constructed in the mid-to-late 2000s.

Kirkland also has options on the vacant lots immediately to the north and south of the building.

The southern lot was initially designed for a hotel, and while Kirkland is not getting ahead of himself, he would be happy to work with a hotel on that site.

While the property offers patio space to have some operations outdoors, Kirkland views the northern lot as a possible location for a pavilion, which has been an idea born out of the pandemic.

“One of the things that was problematic for us downtown was we didn’t have outdoor space,” Kirkland said. “Five years ago, would you tell me I need to plan for that? I’d tell you no. Now I don’t want to operate somewhere where I don’t have the opportunity to get outside. We’ve got a ton of outdoor space, we obviously have parking lots, a big patio – here’s ways where we can mitigate the pain.”