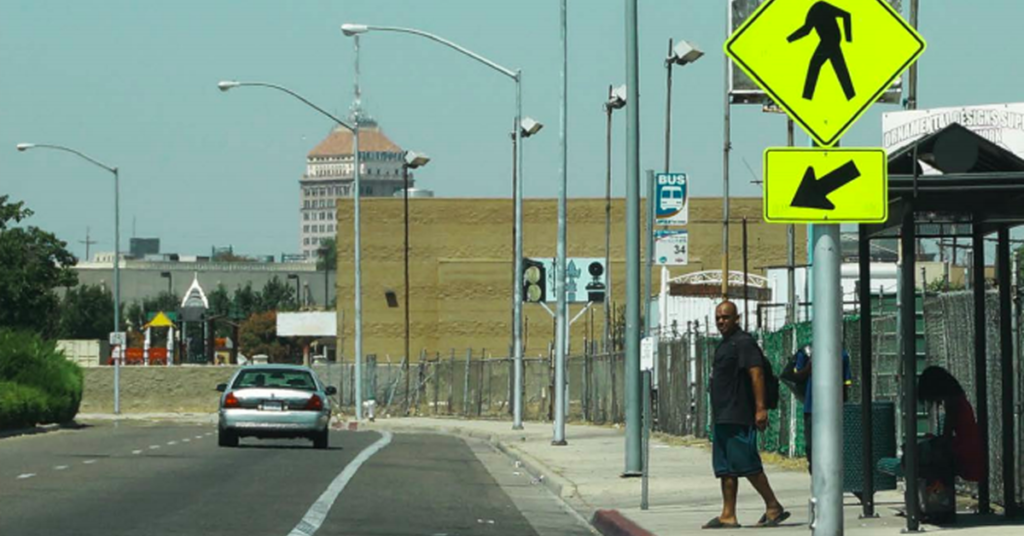 Elm Avenue is getting a lot attention these days from decision-makers who want to improve this key Southwest Fresno thoroughfare.

The city’s Planning and Development Department is asking the Commissioners to give the Elm Avenue plan a thumb’s up. The Commissioners also are being asked to recommend that the City Council adopt the plan at a later date.

Then there is the Policy Board at the Fresno Council of Governments. The Board, composed mainly of mayors, was slated last week to receive a staff report concerning the application of Assembly Bill 617 in South-Central Fresno.

AB 617 is all about cleaning up the air in the state’s most polluted urban regions. According to the scientific data, South-Central Fresno definitely fits that description.

The South-Central area being studied under AB 617 is quite large. For instance, the northern border is a portion of McKinley Avenue. But for our purposes, it’s enough to note this area includes a substantial portion of the area that is under review in the Elm Avenue brownfield plan.

Bottom line: Various types of pollution plague some of Fresno’s most vulnerable neighborhoods. Yet, these neighborhoods, in particular the Elm Avenue neighborhood, have potential for new investment and successful redevelopment. The Planning Commission has an opportunity on Wednesday to give full voice to this state of affairs.

The Elm Avenue revitalization strategy focuses on an area of nearly 1,100 acres. The Elm Avenue Corridor is more than two miles in length. The study area is bounded by Martin Luther King Jr. Boulevard to the west, Highway 41 to the east, California Avenue/Ventura Street to the north and North Avenue in the south. Elm Avenue cuts right through the middle.

The proposed revitalization plan is the result of a $175,000 grant from Environmental Protection Agency. The plan was drafted with the help of many community stakeholders. The plan is designed to help implement the 2035 General Plan, the Downtown Neighborhoods Community Plan and the Southwest Fresno Specific Plan.

There’s a lot in the 108-page Elm Avenue plan. For example, the plan identifies “catalyst sites.” These are properties deemed to have strong redevelopment potential.

At Rev Chester Riggins Avenue/Elm Avenue, says the staff report, there could be a park and community building for youth and other programs. There also might be an “airnasium” – an open air gymnasium. A mixed use building, with commercial/community uses on the ground level and a food distribution center above, is also a possibility.

At North Avenue and Elm, the plan envisions a business incubator space and a food cart pod/gathering space. There also might be a demonstration garden where site owner Mid Valley Disposal’s state-of-the-art composting process could be applied to community food production.

The Elm Avenue plan includes a call to action: “It is important to acknowledge that the development of this document, the Elm Avenue Revitalization Strategy, benefited greatly from the collaborative effort of property owners, developers, community members, community leaders, regulatory agencies, industry experts and the City of Fresno. It will take this same collaborative effort to see the corridor develop into the vision the community has created.”

Now to shift to AB 617 and the effort to regulate by neighborhood the level of air contaminants. This is an ongoing effort. The staff report presented to the COG Policy Board is an update.

“The Assembly Bill 617 process in south Fresno has begun wrapping up its first year of implementation to reduce air pollution in one of California’s most impacted communities,” says the staff report. “The goal is to create a Community Emissions Reduction Plan (CERP) that heavily relies on community-specific monitoring to establish a community-level action framework for air protection. The California Air Resources Board (CARB) and the San Joaquin Valley Air Pollution Control District (SJVAPCD) lead the effort.”

South-Central Fresno and the city of Shafter are the first Valley communities selected by the California Air Resources Board for investment of additional resources under AB 617. Community stakeholders are again playing a vital role in this effort.

The fate of Elm Avenue is of considerable importance to City Hall. The section of Elm that we’re talking about is located next to the Reverse Triangle. It’s here that officials from the city, economic development and educational sectors expect to generate thousands of new jobs in the next several decades. The political question: Will this wealth of development reach Elm Avenue and its neighborhoods?