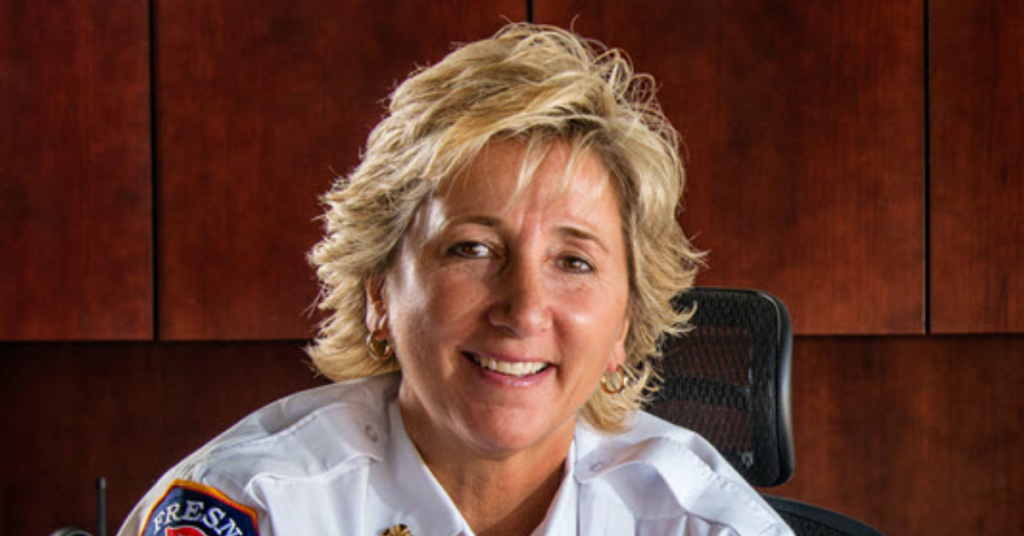 While the first day of Fresno’s notoriously contentious budget hearings were relatively uneventful, Fire Chief Kerri Donis provided the surprise of the day.

Donis revealed Monday that she will retire in March 2023 after 27 years of service in the Fresno Fire Department, including the last nine as chief.

“I want to first say an enormous thank you to the mayor and the city manager. This mayor went in big the first year with 42 firefighters supporting this department, along with other equipment, and then he came back again this year with another 24,” Donis said.

“That’s impressive. He understands, and with your support last year, I think you also understand the depth that this fire department was in and are crawling their way out of to best serve this city. So I wanted to say thank you to that.”

Donis continued to thank the council for its support, saying she has been “truly blessed” to serve as the chief for the last nine years.

“That’s kind of unheard of in the fire service,” Donis said. “The lifespan of a fire chief’s like three to five years. So I just wanted to thank you for your support for this department and understanding how much we needed to be lifted up and for your support personally.”

Donis initially took charge of the fire department as the interim chief in June 2013, and in January 2014 she officially became the first woman to be named as Fresno’s Fire Chief in department history.

Before she joined the fire department, Donis was recruited out of Moline, Ill., to play softball at Illinois State under coach Margie Wright.

However, Wright was hired by Fresno State, leading Donis to follow in 1987 to play for the Bulldogs, where she found a home for the last 35 years.