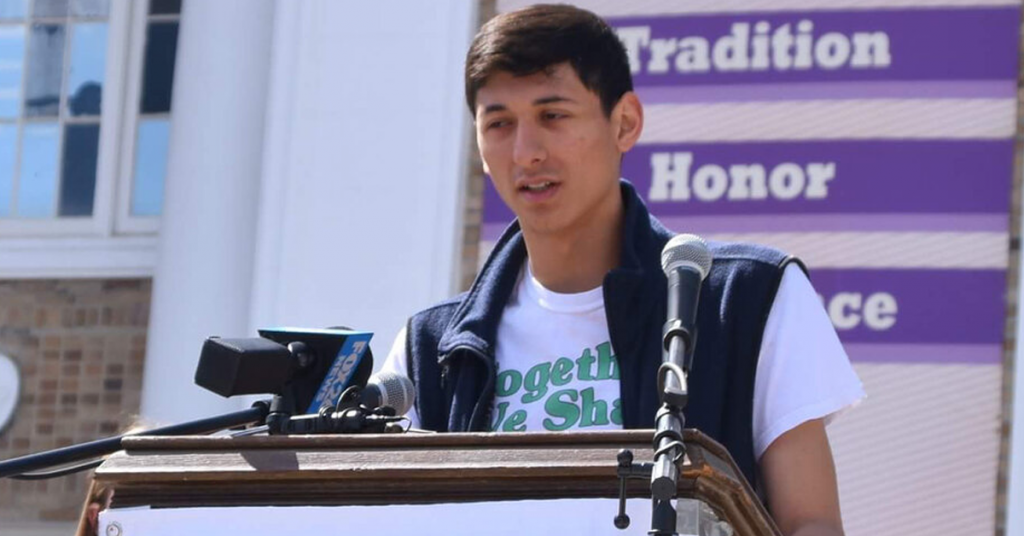 David Paredes, a self-proclaimed socialist and one-time candidate for Fresno Unified’s Board of Trustees, was issued a three-year ban from the Democratic Socialists of America organization following reports of sexual harassment.

The Fresno chapter of the left-wing activist group announced Paredes, who held the position of Co-Chair of the chapter prior to the publication of allegations, would be barred from rejoining the organization for a three-year span.

Paredes, who ran for Fresno Unified School Board last November against long-time Trustee Carol Mills, was defeated by a 6.2-point margin in that face-off.

Prior to his defeat, the 24-year-old was touted by Fresno-area Democrats as a sleeper recruit who could flip a Fresno Unified board seat and bring more progressive views to the school board.

The allegations were publicized by a pair of Fresno women on TikTok.

“David has been expelled for the maximum allowable period of three years, with reapplication required,” the organization said in a statement.

As part of the decision, Paredes is required to complete a sexual harassment prevention program being developed by the Democratic Socialists of America national organization to be considered for reinitiation.

However, the punishment being handed down by the chapter pales in comparison to what was demanded by Paredes’ alleged victims, the organization said, alleging bureaucratic difficulties.

“The [victims] requested David be expelled permanently from the DSA organization and have accepted this three-year expulsion reluctantly,” the chapter said in its statement. “This is in large part because there is no way of tracking membership drop-offs in our National DSA database past three years.”

The local chapter said it would coordinate with its national organization to ensure Paredes did not join another chapter in a different city or community.