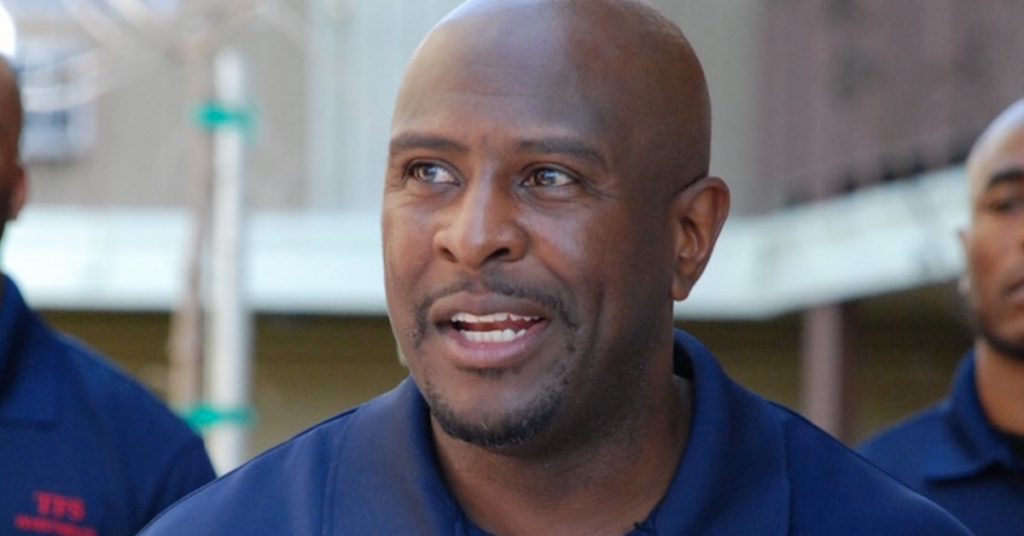 One day after former Congressman TJ Cox (D–Fresno) was indicted by a Federal grand jury on more than two dozen counts of various financial crimes, he finds himself on the outs with former associate and developer Terance Frazier.

Frazier is the president of the Central Valley Community Sports Foundation, which Cox previously served as treasurer, which leases and operates the City of Fresno’s Granite Park in east-central Fresno.

The nonprofit and park were an element of the lengthy indictment against the former one-term Democratic lawmaker.

In an interview Wednesday, Frazier’s clarified that he was never truly business partners with Cox, merely that they served in a volunteer capacity together on the board of the nonprofit sports foundation.

As for the indictments against Cox, Frazier argued that they show deep issues between Cox and other business partners and vindicate his position operating Granite Park.

“The indictment of TJ Cox announced yesterday by the U.S. Attorney paints a very sad and unfortunate picture of one man’s dealings with his business partners, family and friends,” Frazier told McClatchy.

Further, Frazier said the indictment vindicates Granite Park, proving that he has done nothing wrong in his operations.

“This indictment shows there’s no crime at Granite Park,” Frazier told McClatchy. “This vindicates Granite Park and its associates.”

At the center of the indictment is a $1.4 million loan that Cox secured for the foundation and its re-build of Granite Park in 2016 from lender Clearinghouse CDFI.

The indictment stated that the foundation was unable to qualify for the construction loan without a financially viable third party to guarantee the loan.

Prosecutors alleged Cox falsely represented that one of his affiliated companies – Central Valley New Market Tax Credits – would guarantee the loan by presenting documents with forged signatures from a board meeting that never occurred.

Granite Park was granted forbearance during the COVID-19 pandemic, but Clearinghouse CDFI came calling for the balance of the loan payments that were delayed by forbearance in January.

Amid the foundation’s default, Cox called on the city to step in and reimburse Granite Park after failing to provide the park’s operators with money up to this point.

“And what Clearinghouse had expected was that, one, that the city would have either… satisfied the loan, which they were supposed to the year before, or provide some type of additional revenue to Central Valley Community Sports Foundation so that they could, in fact, catch up with their loan,” Cox told GV Wire.

Cox said the money obtained in the construction loan paid for upgrades that “were done at probably half the cost of what it would cost the city to do.”

Frazier continues to wage a civil rights lawsuit against the City of Fresno and several high-ranking officials, alleging that its 2018 audit into the operations of Granite Park by CVCSF was racially discriminatory.