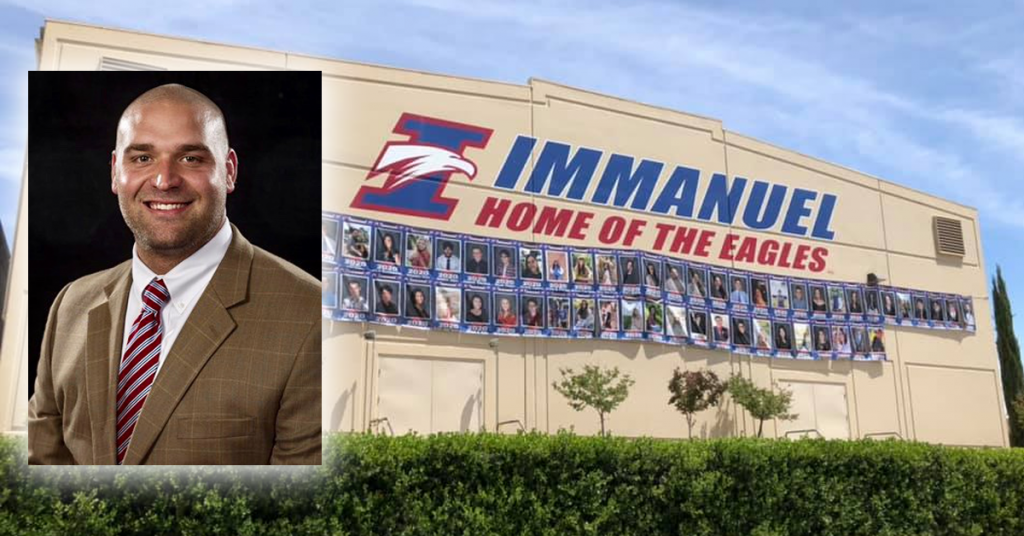 One week after bringing in Josh Henderson to lead the football team, Immanuel Schools has found its man to oversee the athletics department.

The Reedley-based private Christian School announced that Joe Bernardi has been hired as the athletic director.

It’s a return to the Central Valley for Bernardi, who played as an offensive lineman for Fresno State Football from 2006-2010.

“We are excited to add Joe to our Athletic Department team,” said Ryan Wood, Immanuel Schools Superintendent, in a statement.

“He is a man of God who brings character, integrity, and a passion for leading our student-athletes.”

In addition to making 32 starts as a Bulldog, Bernardi served as the tight ends coach in 2016 for Fresno State.

Following his playing days and before he returned to Fresno as a coach, Bernardi held coaching spots at Tennessee and Oregon.

His most recent coaching position was with San Jose State from 2017-2019 as the offensive line coach and run game coordinator.