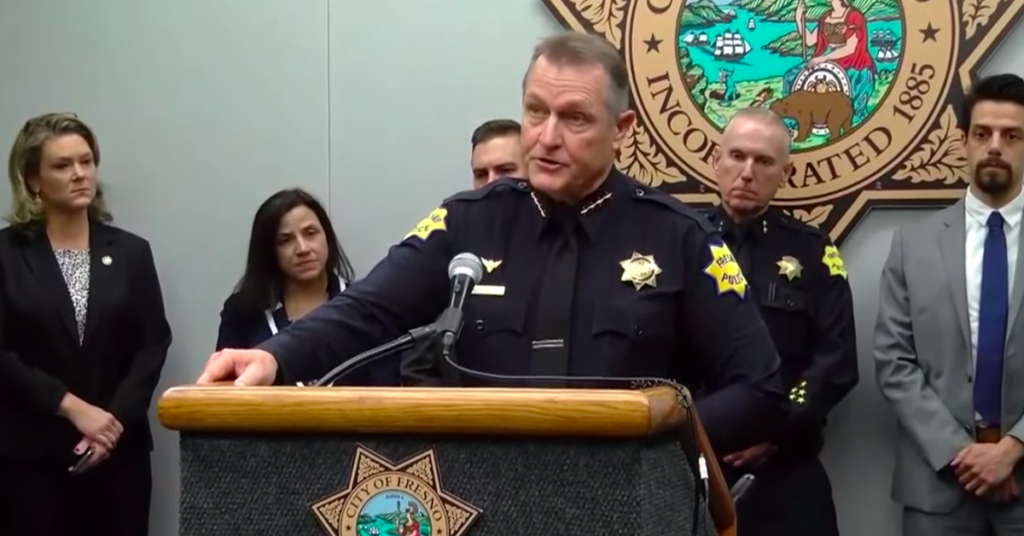 In his final State of the City address on Tuesday, Fresno Mayor Lee Brand announced he, along with Mayor-Elect Jerry Dyer, would begin a new search for a permanent police chief on Wednesday.

Hall’s selection was a surprise, as he was not a known candidate to succeed Dyer during the 2019 search.

Hall, who serves as interim chief, is set to retire in mid-2021 under the City’s deferred retirement program.

Brand made the announcement during his prime-time televised broadcast of the State of the City, hosted by the Fresno Chamber of Commerce.