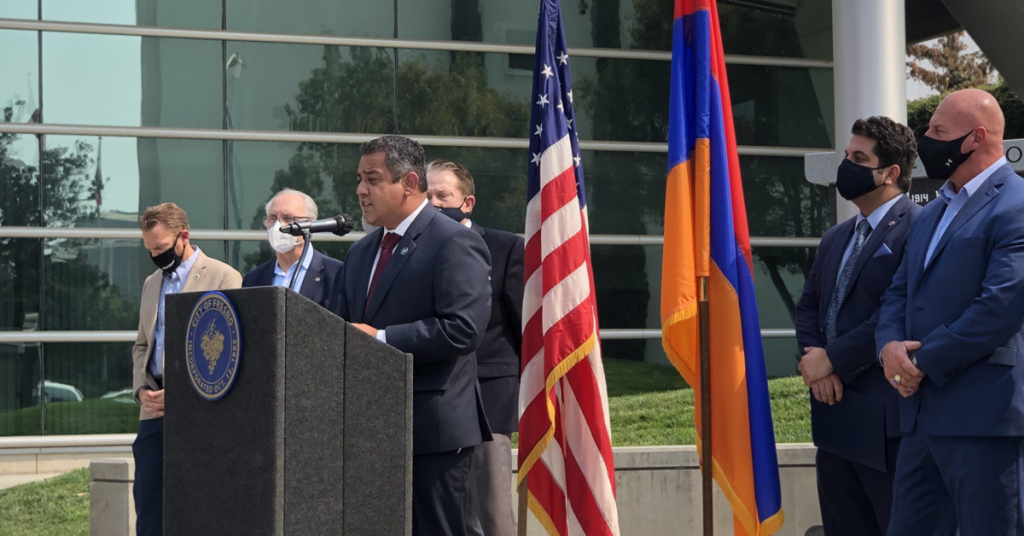 While the city of Fresno celebrated its relationship with Armenia by raising the country’s flag at a City Hall ceremony Wednesday, not everyone is happy.

The government of Azerbaijan is criticizing the Fresno City Council for considering a resolution supporting Armenia and condemning recent attacks over the Nagorno-Karabakh region, also known as Artsakh.

Secretary of State Mike Pompeo and other world leaders have called for a cease fire.

“Has Fresno City Council solved all of Fresno’s problems to have time now to engage in foreign policy? I am sure they would have a hard time even finding Azerbaijan on the map let alone fully understand the nuances of the conflict,” Los Angeles-based Azerbaijan Consul General Nasimi Aghayev said in a written response to Politics 101.

While many have framed the recent skirmish in Artsakh as Azerbaijani aggression backed by Turkey, Aghayev has a different view.

“Leaders that are charged with military weapons are responsible for not killing innocent civilians,” Fresno City Council president Miguel Arias said in response to the charge. “Those who choose to ignore their responsibility and distract from their role in killing the innocent can eat my shorts.”