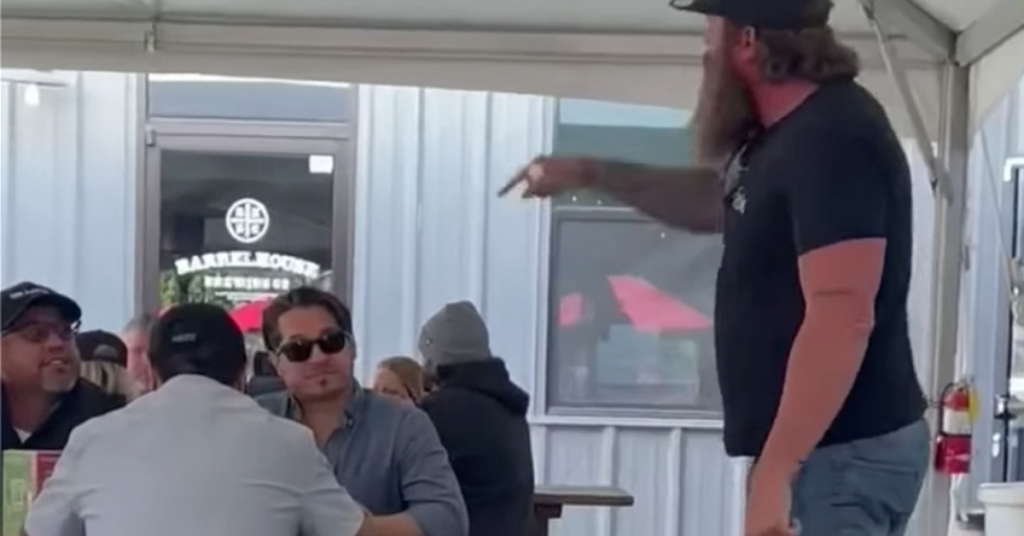 Fresno City Council member Miguel Arias was confronted by noted anti-mask activist Benjamin Martin at a brewery in Paso Robles on Sunday during a weekend trip to the Central Coast.

A video, posted by Martin, shows him verbally accosting Arias outside of the BarrelHouse Brewery Company location in the Tin City district of Paso Robles.

In video of the confrontation posted by the activist, Martin is seen addressing Arias, along with friends, at a table outside the brewery. Along with some profanities, Martin referred to Arias as a “mask Nazi,” among other insults upon returning to a different table and speaking to an unseen cameraman.

In a statement issued by his office, Arias said Martin was subsequently escorted off the BarrelHouse facility by staff, but returned a short time later.

“[Martin] subsequently returned to the dining area and threatened to smash my head into the cement when I departed the venue,” Arias said in a statement.

Martin is currently on conditional probation, stemming from a plea deal to lessen the severity of a felony domestic violence incident in 2017.

The Fresno native is a realtor with Keller Williams, though his real estate broker’s license is on restricted status due to a failure to disclose his domestic violence conviction.

He is also subject to a restraining order for aggressive anti-mask protests outside of the northeast Fresno location of Sprouts Market.

In his statement, Arias said he notified Fresno Police of the incident and planned to file a complaint with the Paso Robles Police Department and San Luis Obispo County Sheriff’s Office.

“I have and continue to take legitimate threats against my personal safety – and the safety of those with me – seriously. I will explore all legal options regarding this incident with Ben Martin upon my return to Fresno,” he said.

The coastal incident served as a meeting of polar opposites of pandemic politics.

It was also not Arias’ first brush with a public confrontation with protesters during the pandemic.

During his term as Council President in 2020, Arias served as the public face for the bevy of local coronavirus restrictions enacted and enforced by the City of Fresno.

That position came to a head when a group of protesters, led by conservative activist Ben Bergquam, confronted him on the steps of his downtown Fresno apartment.