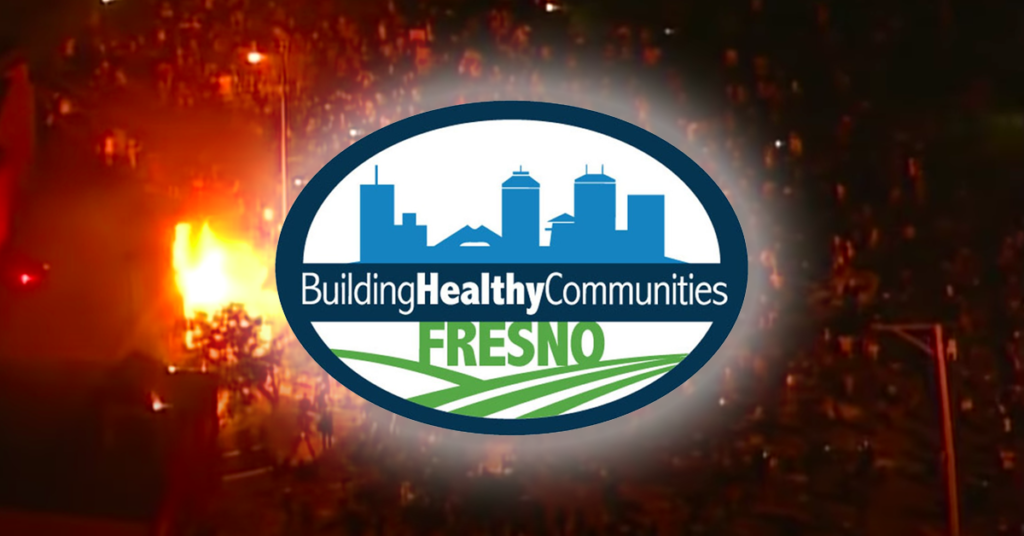 Celedon is the president and CEO of the nonprofit Fresno Building Healthy Communities, a community action group .

On Thursday, Celedon retweeted a video of the Minneapolis Police’s Third Precinct on fire amid the protests and riots taking place in the city following the killing of George Floyd.

She added her own comments, which read, “Burn it down. #blacklivesmatter No justice, no peace. Enough is enough.”

Fresno Building Healthy Communities was founded in 2010 as an arm of the multi-billion-dollar California Endowment. The Fresno organization would serve as one of 14 such outposts across the Golden State to promote healthy living and community action during a decade-long project.

The California Endowment itself was launched as a result of a legal settlement by Blue Cross of California following the insurer’s 1996 acquisition of for-profit Wellpoint Health Networks.

The nonprofit – headquartered in Los Angeles – began with $900 million in seed funding from Blue Cross. As of the organization’s most-recent tax return, its health policy-driven warchest sits at $3.7 billion in net assets.

In the decade since founding Fresno BHC, the local organization has become a key player in Fresno’s ever-growing social justice landscape – lending its voice to a bevy of healthcare specific and related issues before Fresno’s city and county governments.

Over the course of the campaign, based on a review of campaign finance documents, Fresno Building Healthy Communities received at least $19,064 for consulting and petitioning services to the Yes on Measure P committee.

Celedon, separately, earned $39,600 as a consultant to the Measure P committee.

Since the measure’s defeat, Fresno Building Healthy Communities remains a party in a lawsuit contesting the election results – arguing that the threshold for approval of the parks tax was merely 50 percent plus one vote rather than two-thirds majority.

The Sun reached out to The California Endowment for comment on Celedon’s statements.

Sarah Reyes, the managing director for communications for The California Endowment and a former Valley Assemblywoman, declined to comment – citing that Celedon is not employed by the Endowment.

In 2017, Fresno Building Healthy Communities spun off into its own 501(c)3 nonprofit corporation.

Following The Sun’s inquiries to The California Endowment on Friday, Celedon privatized her Twitter account, meaning only approved followers could view her Tweets.

Sources who were able to view her tweets told The Sun that Celedon also deleted the tweet.