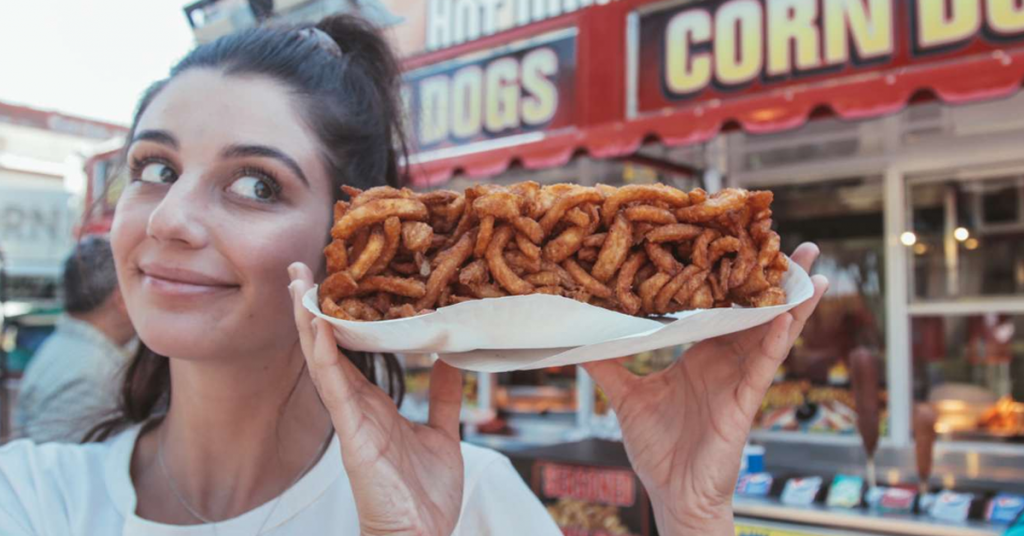 Big times are back at the Big Fresno Fair after a one-year hiatus due to the COVID-19 pandemic.

As the opening ceremonies kicked off Wednesday afternoon, however, city and county leaders were presented with an unexpected dose of Anthrax.

The heavy metal band arrived into town later than planned and were conducting a sound check in the Paul Paul Theater just as the ceremony kicked off in the adjacent Save Mart Beer and Wine Garden, which added musical tones that did not exactly fit the pomp and circumstance of the setting.

Nevertheless, the long list of speakers persevered in the face of being drowned out and were excited to have the fair once again after missing out last year.

Ryan Jaconbsen, the CEO of the Fresno County Farm Bureau and the emcee for the ceremonies made light of the situation in between speakers.

“I do have to say I am amazed,” Jacobsen said. I didn’t know heavy metal people actually sang. I thought it was just screaming into the microphone. I’m impressed that you could actually hear words right now to a certain extent.”

“I’ve just got to say that I never knew that I’d ever be be able to perform live with Anthrax,” added Brian Tatarian, President of the Friends of the Big Fresno Fair Board.

“This is great. This really makes my resume – it’s a real pop.”

The heavy metal tones hit their peak right in time for the honoring of former fair CEO John Alkire.

Alkire retired last August after being the top dog for 17 years. During his tenure he “completely transformed the fair forever,” in the words of Big Fresno Fair Board President Jerry Pacheco.

“John, your legacy here will live on in how you have reshaped the grounds, from the upgrades of all the fair’s entrance gates, improvement to our horse racing facility that puts us on par with the top tracks in the state, to where we are now with the whimsical attractions of the Table Mountain Rancheria Park along with the tractor trailers,” Pacheco said.

“But I know two projects stand out above all the rest: That’s the Big Fresno Fair Museum and our Fresno County Historical Museum, along with the historic signs you have brought to life that surround the Paul Paul Theater.”

Pacheco presented Alkire with a certificate from Gov. Gavin Newsom which recognized his career in service to California.

Fresno Mayor Jerry Dyer noted the many former Fresno Fair CEOs that he has worked with over his career, but said there is no one better than Alkire.

Dyer also discussed the economic impact the fair has on the local community, making over 500 seasonal hires and bringing in over 600,000 guests annually.

“It provides a lifetime of memories for people who bring their families out here from a very young age and people that continue to take advantage of this incredible venue,” Dyer said. “And the truth of the matter is for many families this is the amusement park of their choice. We have a lot of amusement parks in California, but this one rivals many of the greats.”

Fresno County Board of Supervisors Chairman Steve Brandau thanked the fair for partnering with the Department of Public Health and opening up the county’s largest COVID-19 testing facilities at the fairgrounds last year.

Fresno City Council President Luis Chavez continued the discussion about the difficulties Fresno had over the pandemic but was encouraged with the city’s ability to move in a positive direction with the fair and showcase the best that Fresno has to offer.

“We went through a very difficult year last year,” Chavez said. “Great times are back here at the Fresno Fair, and this one’s going to be better because whenever they try to put us down we come back stronger.”