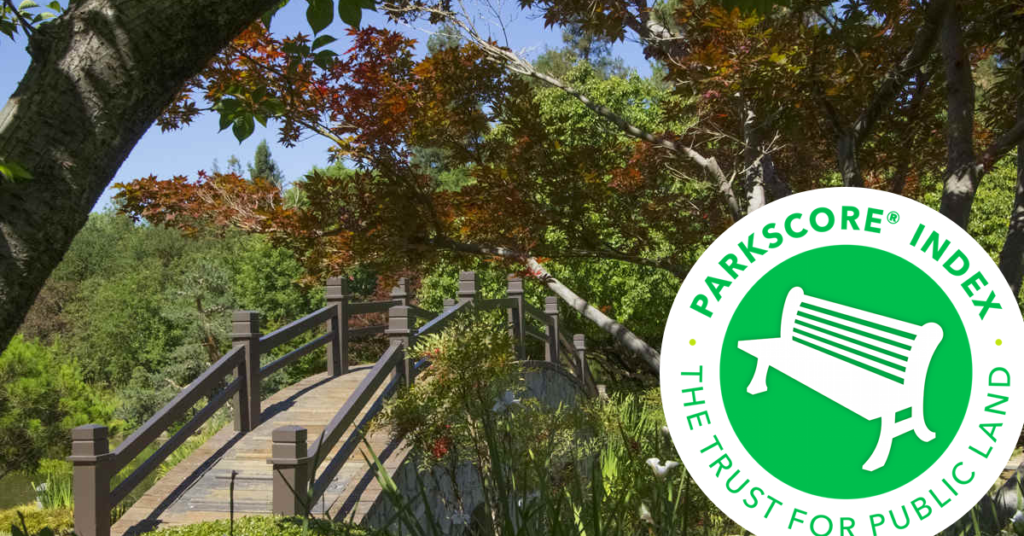 The Trust for Public Land has released its latest rankings for municipal parks systems – Fresno ranks No. 92 among the 100 largest U.S. cities.

The ranking is two places higher than 2018.

The Trust ranks cities based on what it calls a “ParkScore.” Fresno is regularly in the bottom ranks. This fact was a key talking point in the recent Measure P campaign to fund more parks with a sales tax increase. Measure P received a majority among city voters but failed to get the necessary two-thirds approval.

Said Elliott Balch, chief operating officer of the Central Valley Community Foundation and a member of the Fresno for Parks coalition, in a written statement: “The ParkScore is a painful but important reminder of the work that still needs to be done. Our parks need help, and incremental approaches will only rob another generation of kids and families of the great park system they deserve.”

The top five on The Trust’s 2019 list are Washington, D.C., St. Paul, Minneapolis, Arlington, Va. and Portland, Or.

The Trust’s website says “everyone deserves a park within a 10-minute walk of home.” The Trust says 67% of Fresno’s half-million residents are so blessed.

The Trust’s report, as always, is heavy on analytics and comparisons. These numbers say nothing about Fresno’s parks system that hadn’t been publicly reviewed at length during the years leading up to the new Parks Master Plan, not to mention the months of intense debate during last year’s Measure P campaign: Fresno needs more parks, better maintained parks, parks with more amenities, a parks system with a more secure source of funding.

Money is the key.

Mayor Lee Brand has long been a supporter of parks. He opposed Measure P because it failed to also address funding challenges for public safety. He has supported the idea of a sales tax measure that would provide additional funding for parks and public safety.

Added Balch in his statement: “Our coalition is in the process of meeting with elected officials and other organizations to figure out how to best unite and craft a plan that honors the will of the strong majority that understand the dire state of our parks and support a solution. We’ve heard clearly from voters all over Fresno that they want to see our community not just improved but transformed for the better, and they expect oversight and accountability along the way. Our passion is to ensure that any future proposal can deliver both transformative community benefits as well as accountability to the people of Fresno.”

Balch’s lofty words remind me of my many chats with City Hall Communications Director Mark Standriff on worthy policy goals.

In a statement on Wednesday, Brand said that the City has worked closely with the Trust for Public Land over a number of years, ultimately developing a joint-use “greenspace and bluespace program” with Fresno and Central Unified school districts.

“The budget we just publicly released increases Parks spending by 4.6%.  We continue to do as much as we can with our current resources to improve our parks and recreation system,” Brand said in a statement. “Certainly, Measure P offered a significant increase in investment, but it failed because it was seriously flawed. I offered a compromise initiative that would’ve nearly doubled our parks funding but it wouldn’t have passed Council, so I pulled the measure. Adding more burden on Fresno taxpayers is never an easy task.

The rub for all players: How do you meet the many civic needs of a diverse city faced with limited means?