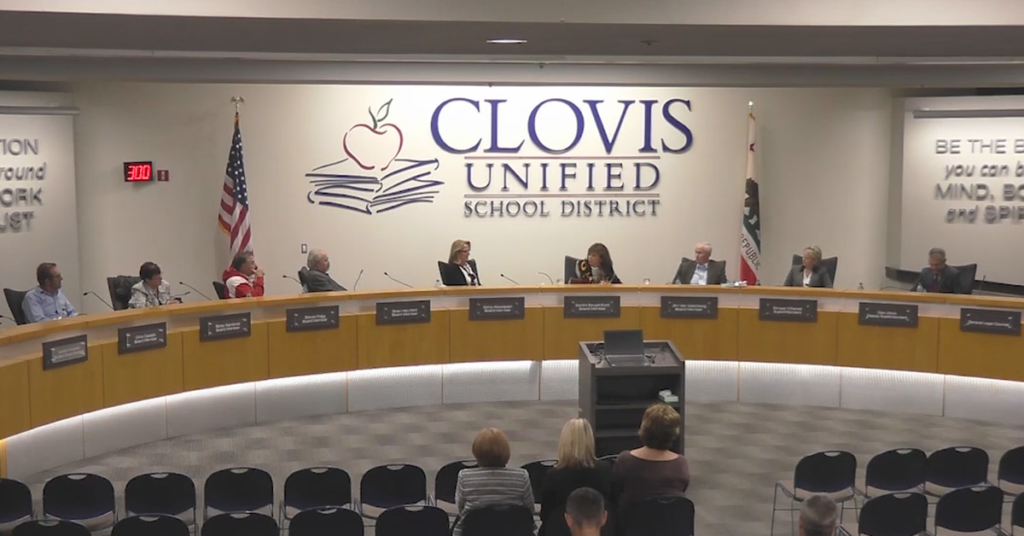 National reports that Clovis Unified School District was considering a $6,000 bonus for staff were flatly denied by the district on Monday.

On Sunday, a Twitter account named “Reopen California Schools” (@ReopenCASchools) alleged that the district was going to use its share of the American Rescue Plan Act to give $6,000 to all teachers and staff.

National media picked up on the Tweet and reported the claim as part of stories about how California school districts are using their stimulus funds.

District spokeswoman Kelly Avants told The Sun on Monday that, while Clovis Unified Superintendent Dr. Eimear O’Farrell and the district’s board of trustees wanted to seek a one-time bonus for teachers and staff for the extra work undertaken during the coronavirus pandemic, reports of $6,000 bonuses are exaggerated and false.

“As of this month we have publicly announced our goal to return to a full, pre-COVID schedule of classes for the 2021-22 school year and committed to investing whatever financial resources are needed to make that happen,” said Avants in an email. “To accomplish the transformation of every aspect of our operational and educational system to meet the challenges of the pandemic, and to get our students back into our classrooms as early as possible has required employees to work far outside of their job descriptions, and far outside of the workday.

“We are proud of their willingness to do so without any request for additional compensation or concessions, unlike other school districts we are hearing about around the nation.  The desire to recognize that effort through some form of a one-time COVID work stipend has been publicly announced by the administration and Governing Board, but no amount has been proposed. To link statements shared with staff to that effect with the amount of $6,000 is inaccurate and false, as well as extremely disheartening given the work the district’s team has done to get kids back on campus long before many other districts around the state.”

The Clovis Unified School Board has not yet determined how to allocate its share of the $15 billion that California schools are receiving in the latest Federal stimulus package.

Clovis Unified is set to receive $54.5 million from the American Rescue Plan Act, bring its total amount of Federal relief – or $2,525 per student – which ranks 39th in the state, according to an EdSource database of education appropriations from all three Federal coronavirus relief packages.

Clovis Unified is the 14th largest school district in the state.

Stockton Unified School District is comparable in size to Clovis Unified as California’s 15th largest district, but the school district is totaling over $256 million, or $7,512 per student.

Sacramento Unified ranks just above Clovis Unified as the 13th largest district in the state, and like Stockton, the district is receiving far more money than Clovis has. Sacramento Unified is bringing in the sixth highest total, nearly $270 million, and the per student average is $6,919.

California’s largest district Los Angeles Unified blew the rest of the state away with a $4.73 billion total in stimulus funds, which comes to $11,144 per student.

Notably, Clovis Unified has all teachers working on campus, and more than 21,000 students have returned to the classroom for in-person instruction.

On the other hand, Fresno Unified is targeting an April 6 reopening and Los Angeles Unified is looking at a mid-to-late-April return.