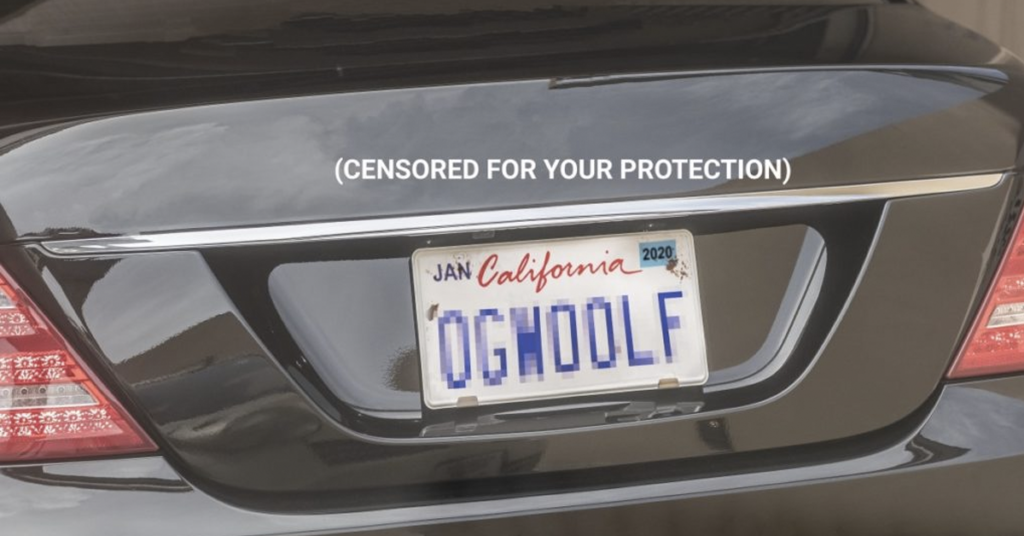 The California Department of Motor Vehicles is facing a lawsuit over censorship of speech on personalized license plates.

On Tuesday, the PLF filed a suit against DMV Director Steve Gordon in the San Francisco’s U.S. District Court for the Northern District of California.

In the suit, the nonprofit alleges that the DMV is violating the plaintiffs’ First Amendment rights by rejecting their personal license plate applications.

Ogilvie, an Army veteran, bought a new car and applied for a license plate that he wanted to read “OGWOOLF,” which would combine his military nickname, OG, and his nickname from home, Woolf, the PLF said.

The DMV denied his request, taking issue with OG, saying that it is short for “original gangster” and is offensive.

“Laws that give government officials discretion to ban speech they find offensive lead to senseless results,” said Pacific Legal Foundation attorney Wen Fa in a press release. “Chris earned his nickname through years of service to our country, and there’s no reason why he shouldn’t be able to express that in a personalized license plate.”

The DMV generates over $60 million annually from its personal license plate program. However, over 30,000 applications are denied every year because the proposed license plates “may carry connotations offensive to good taste and decency,” the lawsuit states.

Campanile applied for her license plate to read “DUK N A,” which is short for “Ducati and Andrea.” The DMV denied her request, saying that it sounded like an obscene phrase.

Blair’s request for “SLAAYRR” – a reference to a metal band – was denied because the DMV considered it “threatening, aggressive or hostile.”

Kohli applied for the license plate “QUEER,” which the DMV rejected, saying that it could be considered insulting, degrading or expressive of contempt for a specific group or person. Kohli identifies as queer, and he has a record label named Queer Folk. He also owns the trademark “queer folk.”

Crawford submitted a request for “BO11UX,” which he uses as a synonym for “nonsense” in the same way that Newcastle Brown Ale has in advertisements. He owns a British pub in San Diego, which has the slogan “Real beer, proper food, no bollocks.”

The DMV rejected his request, saying that bollocks has sexual connotations.