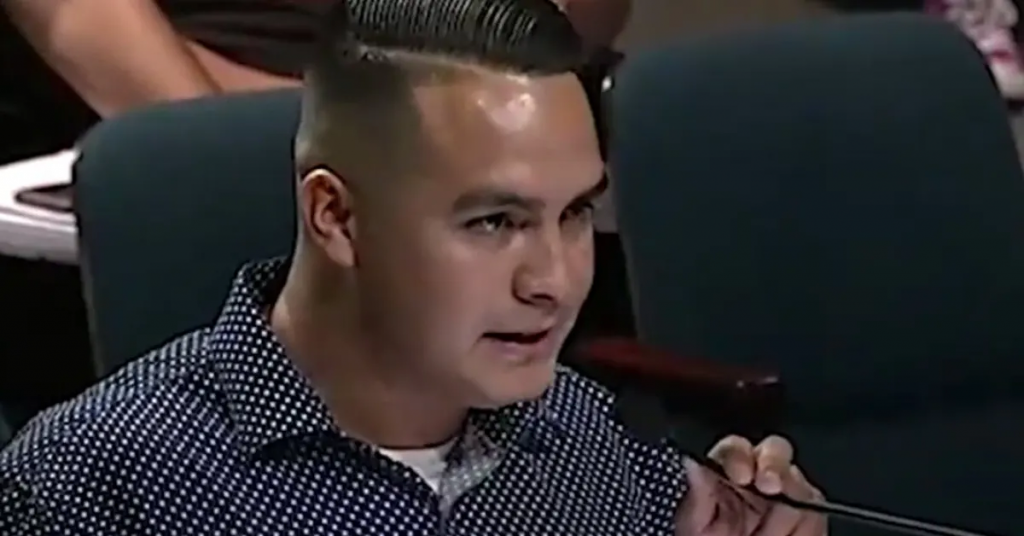 A former Bakersfield College student who rose to considerable prominence in the Golden Empire following his arrest by the U.S. Immigrations and Customs Enforcement is now in the crosshairs of Tulare County law enforcement officials in connection with a murder.

24-year-old Jose Omar Bello Reyes, known during his 2019 battle with ICE as Jose Bello, is wanted by the Tulare County Sheriff’s Office in connection with the homicide of 58-year-old Douglas Cline.

Cline was found by authorities in an orchard near Terra Bella.

Bello rose to prominence first in 2018 when he and his brother, Oscar Bello-Reyes, were arrested by ICE for alleged gang ties.

Local supporters raised $10,000 at the time to cover the pair’s bail from ICE’s Mesa Verde detention facility in Bakersfield.

One year later, in 2019, Bello was arrested by Federal immigrations authorities less than two days after reading a poem assailing the agency for its treatment of illegal immigrants during a Kern County Board of Supervisors meeting.

His second stint at Mesa Verde gained him national prominence, courtesy of a helpful assist from a pair of NFL stars.

Now, two years later, Bello is wanted not only in connection with the Terra Bella homicide, but faces multiple felony drug and gun charges stemming from a September arrest by Kern County authorities.

He bailed out of Kern County Jail on Sept. 3.

Tulare County Sheriff’s officials have arrested 23-year-old Jesus Manjarrez, and 38-year-old Dan Eli Perez. They are being held in Tulare County Jail without bail on suspicion of murder and conspiracy to commit murder.