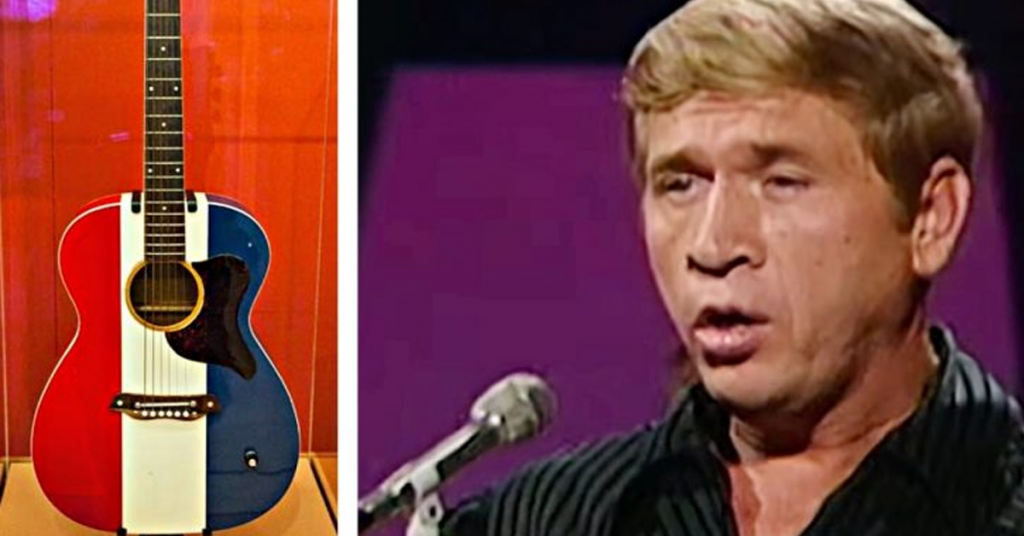 A guitar owned by country music legend Buck Owens that was stolen from an Oildale post office late last year was recovered Jan. 8 at Greenlawn Cemetery, sheriff’s investigators say in a newly-filed warrant.

The guitar was swabbed for DNA, the warrant says. Someone tipped off detectives to its location. The warrant doesn’t specify at which Greenlawn location — southwest or northeast — it was found.

Previously, sheriff’s officials have said a piece of the guitar was found Dec. 31 in an abandoned building in the 2700 block of O Street, near Golden State Avenue.

The guitar was stolen Dec. 27 from the Buck Owens Post Office on Minner Avenue in Oildale. Two suspects broke into the post office wearing hooded sweatshirts and face masks, according to the Kern County Sheriff’s Office. They took packages and the guitar then left in a dark-colored SUV.