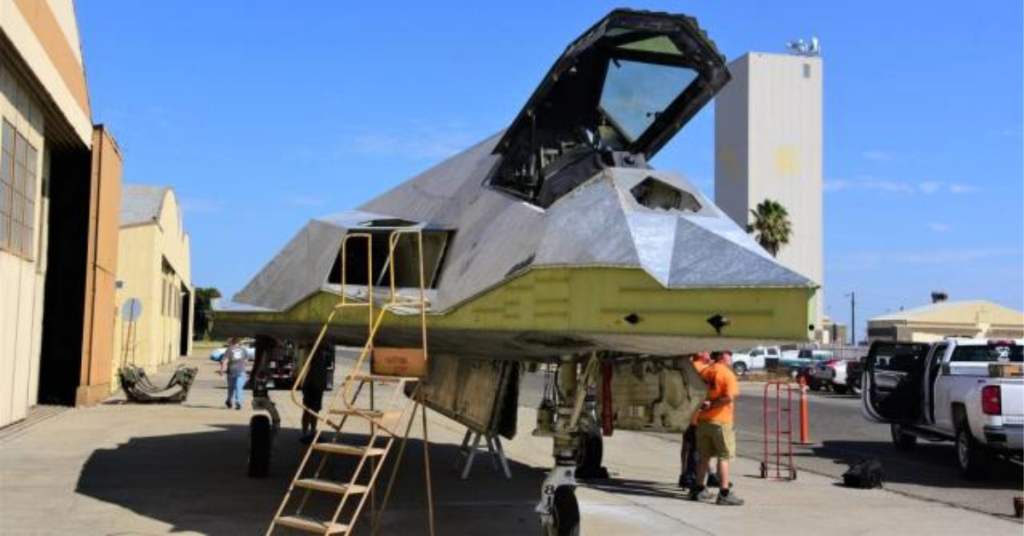 The aircraft will undergo a full restoration at the Museum’s Restoration Hanger located at 3040 A Street.

Castle Air will be the only Northern California air museum to house this technological marvel and among few other museums in the country to display the stealth aircraft.

The F-117 was developed by Lockheed’s Skunk Work division in Burbank during the 1970s due to the increased number of surface-to-air missiles that had downed heavy bombers during the Vietnam War.

The odd triangular and pyramid like shape of the cockpit area inspired the Nighthawk’s nickname of “Hopeless Diamond” during its development.

The F-117 would become operationally capable in 1983 and it was kept secret from the public until November of 1988.