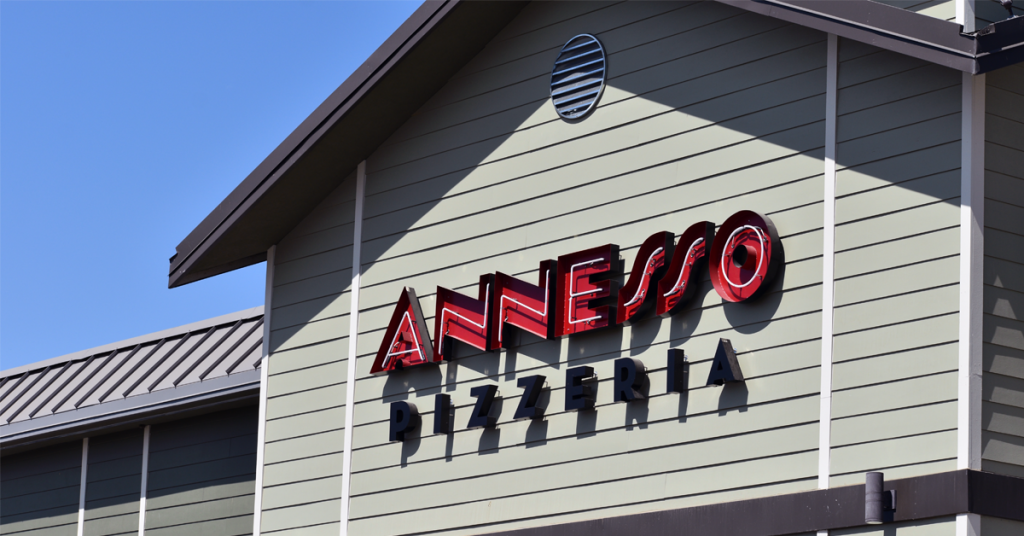 Fresno, a town with divided views about local-grown pizza, is finding itself faced with a brand-new joint already contending to be the best.

Annesso Pizzeria, a pizzeria offshoot of the raging popular Annex Kitchen, is opening its doors for diners in northeast Fresno on Wednesday.

Restaurateur Jimmy Pardini launched Annesso Pizzeria to take the popular Italian pizza from the sister restaurant and give it a bit of an American vibe.

Annesso (which translates to “Annex” in Italian) is located on the southwest corner of Friant and Audobon avenues and will be open Monday through Saturday initially, with Sunday service coming at a later date.

“So we developed our own dough recipe based on that, and we top pizza with a little more than just your traditional Italian toppings that you would find at Annex. We want it to be fun Italian inspired, but also an American restaurant with a pizza that everyone can enjoy.”

Following a soft opening last weekend – which showed Pardini that the restaurant is ready for business – Annesso Pizzeria will have its grand opening Wednesday and already has many reservations filled.

The Pardinis started building Annesso Pizzeria last year during the height of the COVID-19 pandemic. The 180-person dining room that includes a full bar will open initially on Wednesday, followed over the next couple of months by the 50-person patio and take out services.

Since the plans were in the works since 2019, Pardini said there was not any risk of the pizzeria never even opening because of the pandemic, although the opening was delayed by about six to 10 months.

“We were concerned about COVID, but we never thought, ‘Let’s just pull the plug on it because of COVID,” Pardini said. “I think that we knew eventually there would be a light at the end of the tunnel, and we could figure out how to make it work.”

With the pizza itself having more of an American twist as opposed to the Italian style at Annex Kitchen, Pardini feels that Annesso Pizzeria offers a look at a more assimilated Italian pizza experience.

“With Annex we’re kind of trying to transport you a little more to an Italian dining experience, where here, if an Italian person moved to the United States and started enjoying American pizza and assimilating, what would their version be of a barbecue pizza? Would they put ranch dressing on pizza? Or pineapple? Those are the kinds of things that we’re asking and doing,” Pardini said.

The barbecue chicken pizza is a perfect example of a pizza that is served at Annesso and not at Annex.

The menu at the soon-to-open pizzeria includes standards such as margherita, pepperoni, pineapple, pesto and prosciutto and cacio e pepe, among others.

“We definitely felt that there was a need for more good pizza in Fresno, and we’ve done a lot of research and development with our dough process,” Pardini said.

“We worked really hard to develop a dough that is a great starting point for these toppings on these pizzas, and we think it’s going to be kind of a universal pizza.”