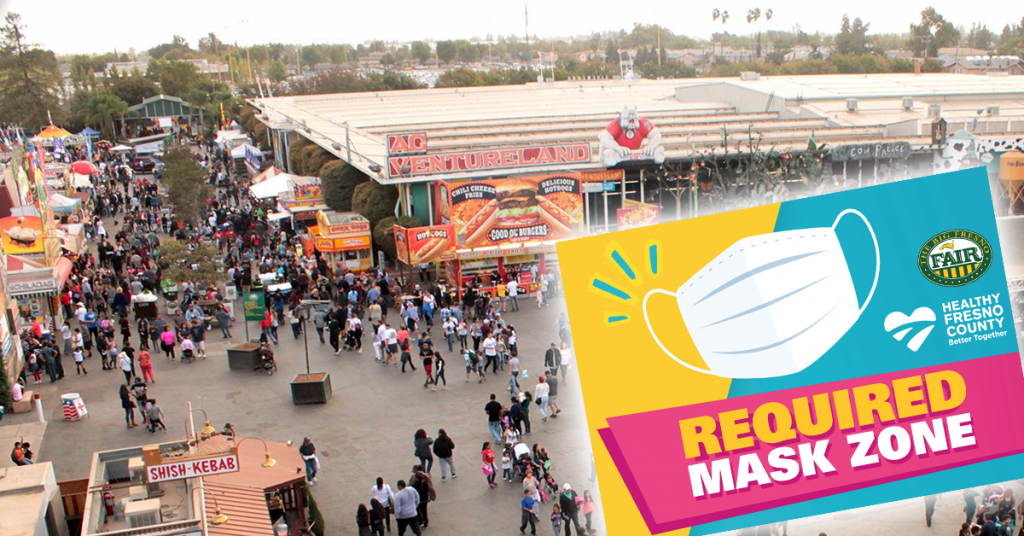 Big times are, once again, back at the Fresno Fairgrounds.

With less than a week to Opening Day of the 2021 Big Fresno Fair, officials with the exhibition along with Fresno County public health and law enforcement officials clarified the health and safety standards for the upcoming 12-day fair.

The question at the top of minds for most likely fairgoers: will I have to wear a mask?

Masks are recommended, but not required, in crowded outside spaces — including the Paul Paul Theater and Brian I. Tatarian Grandstand.

While fair organizers have enacted a mask requirement in portions of the fair, there will not be strict enforcement by fair officials or Fresno Police officers on-hand to provide security.

During a briefing on Wednesday, fair organizers demonstrated a sanitizing fogger gun that will be deployed by staff to sanitize highly-touched surfaces, including seating across the fairgrounds.

Despite the Delta variant spike over the summer, fair organizers – citing statistics from other recent fairs – don’t expect much of a dent in attendance figures during the fall festival, with headline acts heading to the Paul Paul Theater and a full slate of horse racing on tap beyond the endless stream of eats, exhibits, and the carnival.