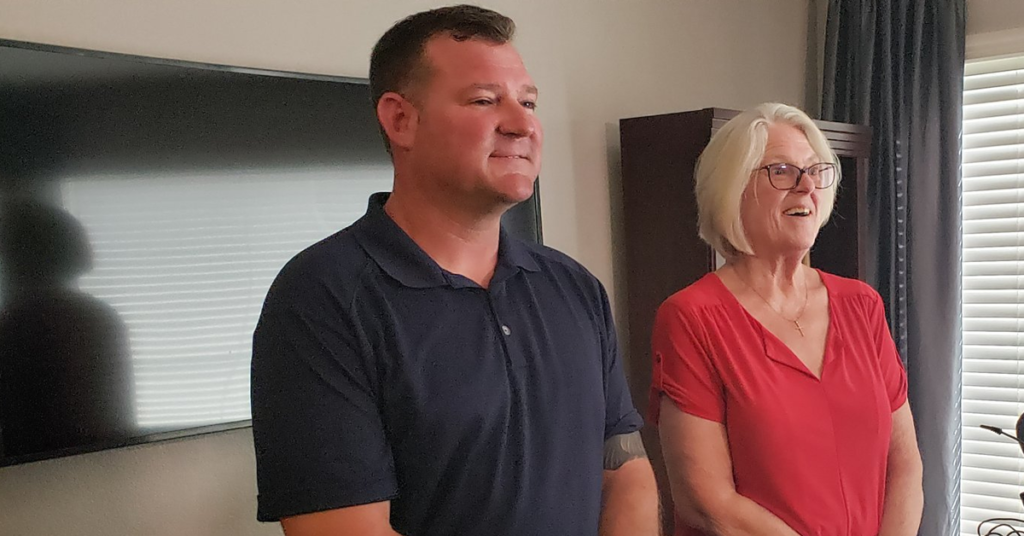 Two years after his life changed dramatically, Clovis’ Nick Reeder welcomed a camera crew from HGTV at his apartment on Tuesday informing him he’d be receiving a brand-new home.

Reeder, a fire captain with CAL FIRE , will serve as the honoree of HGTV’s relaunched version of ‘Extreme Makeover: Home Edition.’

The 17-year CAL FIRE firefighter was widowed about two years ago when his wife died giving birth to their twin girls.

Since then, he’s been living in a small, 900-square-foot apartment and reliant on help from his mother to raise three children.

Tuesday’s visit to Reeder’s apartment also serves as the starting gun on a six-day, round-the-clock building extravaganza by DeYoung Properties and a bevy of local subcontractors at their Highlands development in Clovis.

The house itself is expected to be completed Aug. 4. The design has not been revealed.