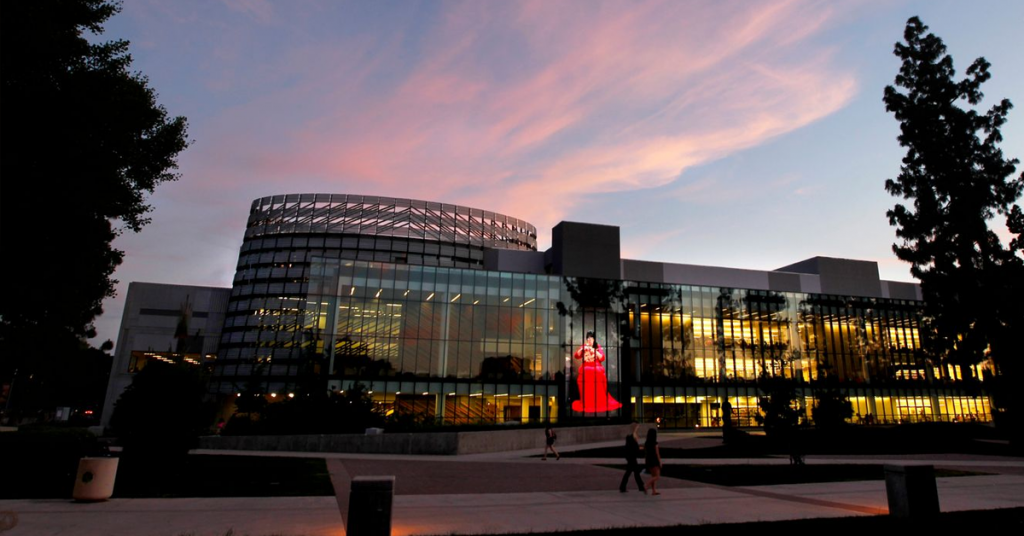 Fresno State’s Henry Madden Library may soon have a new name as it was recently revealed that the building’s namesake held antisemitic views and was a Nazi sympathizer.

University President Saul Jimenez-Sandoval announced in a message to the campus Monday that he has commissioned a task force to review the naming of the Madden Library after he learned of Madden’s antisemitic views and Nazi sympathies last week.

Madden’s views were reflected in his own writings and papers, housed in the library’s special collections.

“These views run entirely contrary to Fresno State’s core values of diversity, equity and inclusion and the efforts of our campus community to live by those values,” Jimenez-Sandoval wrote. “The views attributed to Dr. Madden are more than allegations; they are reflections of his beliefs as captured in his own words, and in documents that he curated and donated to the Library before his passing.”

The library was named after Madden – a former university librarian – in 1981. One year later, the Madden estate donated his writings to the university with a stipulation that they be sealed until August 2007, Jimenez-Sandoval said in his message.

Jimenez-Sandoval and university administration were made aware of Madden’s views after professor Dr. Bradley Hart shared research findings from his 2018 book project Hitler’s American Friends with students in a class taught by Dr. Lori Clune.

“I want to thank Dr. Hart and Dr. Clune and her students for bringing this information to light,” Jimenez-Sandoval wrote. “Dr. Hart’s clear review of the documents allowed us to take the step of creating a task force to launch a formal review.”

Jimenez-Sandoval has asked Michael Lukens, the executive director of governmental relations, to chair the task force.

Along with Jimenez-Sandoval, Dr. Jill Fields – a history professor and the founding director of Jewish Studies – Hart, university cabinet members and the President’s Jewish Leadership Council are working to identify students, faculty, staff and community leaders to participate in the task force.

The university will share progress regarding the task force once it kicks off its work.

“This situation demonstrates the need for honest scrutiny – the willingness to reassess historical decisions to name campus buildings in honor and memorium,” Jimenez-Sandoval wrote. “It is incumbent upon us to establish a process that ensures we consistently review how these decisions align with our current and future values, while also allowing us to act upon new information that might compromise these values.”