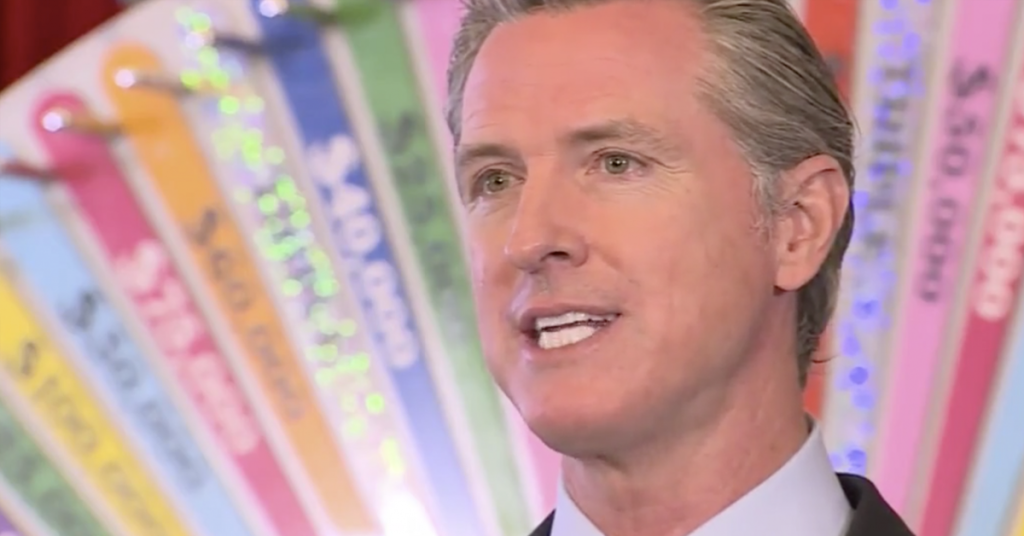 Following the lottery selection of 15 Californians for $50,000 prizes for getting vaccinated, Newsom was confronted with a bevy of questions about the state’s future as it related to reopening.

The underlying message on Friday?

“The only thing I’m certain of is there’s uncertainty,” Newsom said as California prepares to end its color-coded reopening scheme.

Beyond uncertainty, Newsom appears to have selected one priority of most certainty: the state’s emergency declaration, which gave the Governor immense emergency powers to spend taxpayer dollars.

That power, over the course of the pandemic, has invariably rubbed most of the legislature the wrong way – albeit not to the extent to override Newsom and wrest control away from him.

So why is the emergency declaration not disappearing?

“Because we’re still in a state of emergency. This disease has not been extinguished,” Newsom said, elongating the state’s outlook on the pandemic from herd immunity to a form of eradication.

He declined to answer if he would issue an executive order to clarify or, potentially, override the current Cal-OSHA requirement for vaccinated workers to continue wearing masks in the workplace (both now and beyond June 15).

And as for the wholesale elimination of capacity restrictions, Newsom reopened the door to keeping them in place in certain, unspecified circumstances.

“We never said we were never going to consider some modifications post-June 15,” he said.

Newsom has only indicated restrictions on large, indoor events with attendees from varied locales, he declined to give a second example during Friday’s press conference.

Asked about whether public-facing state agencies, such as the Department of Motor Vehicles, would reopen without capacity restrictions, Newsom offered a meandering answer to underscore his view of uncertainty without coming down on their operations post-June 15.

Newsom, who dedicated more than $116 million toward the state’s vaccine lottery to convince a sizable share of residents to get vaccinated, grew frustrated at the line of questioning about the reopening date.

“I’m glad there’s a lot of questions about the lottery,” Newsom said sarcastically as Capitol reporters continued to press him on the state of play for his hyped June 15 reopening.

One question later, a reporter asked if he was “pandering to the voters” with the lottery along with another round of stimulus checks to Californians.