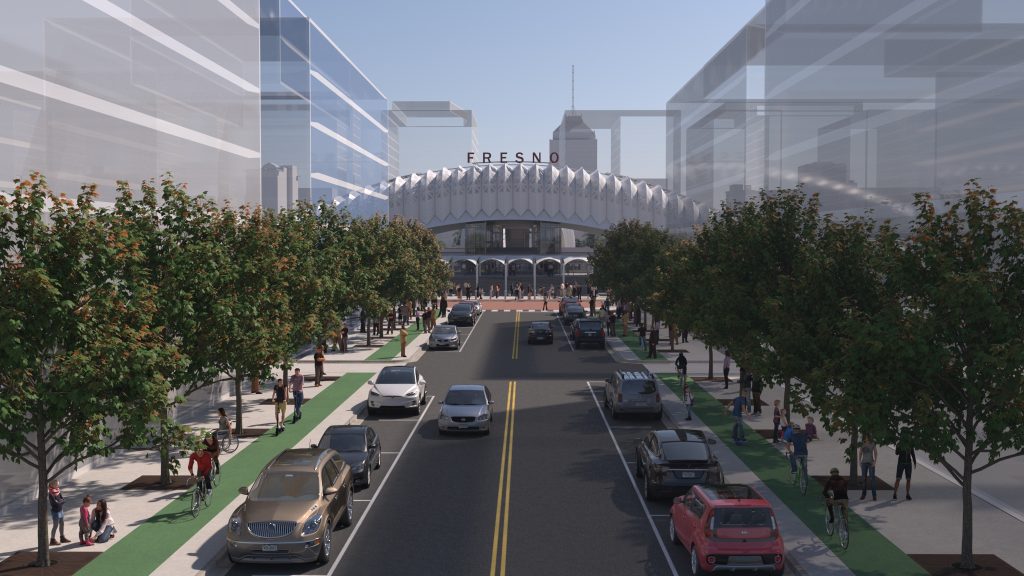 Now, it’s planning for the next phase of the surely unlikely journey: building railway stations.

The central point of California’s statewide bullet train was meant to be Fresno.

However, with the project slimming down its scale from a San Francisco-to-Los Angeles rail line to Merced-to-Bakersfield, it remained an open question as to whether the visuals of Fresno’s station would similarly shrink.

“A vibrant station design is a must,” Ellis said. Fresno “is not interested in having a platform placed in the heart of a thriving downtown.”

What do you think?